A neckerchief is an accessory worn around a neck with the ends either tied or clasped. Given here are the steps to tie a neckerchief.

How To Tie Neckerchief

A celebrity wearing a neckerchief is not a new trend nor does it look to be seasonal attire. Neckerchiefs are a hot accessory as they do away with the discomfort of wearing ties. It is, as a fashion accessory, excellent for daily casual wear. Celebrities like Posh Spice and Katie Holmes have been seen flaunting  the neckerchiefs on various occasions. The Sun recently published, an article describing the various knot techniques and speculating on which celebrity is sporting a particular style. Keanu Reeves and Queen Latifah looked cool in their neckerchief in a photo published recently. Neckerchiefs are the triangular scarves worn by sailors while on the ship and by scouts along with their uniforms. It is basically an accessory that is worn around the neck and looks like a handkerchief that is draped like a tie. Neckerchief can be worn with a variety of shirts, and looks great on a shirt without a collar but it can also be simply tucked under the collar. Although it comes in many variations and styles, this mode of neckwear is as simple as a scarf and as intricate as an exclusively designed necktie with a “woggle" holding it in place. Read the article on how to tie a neckerchief. 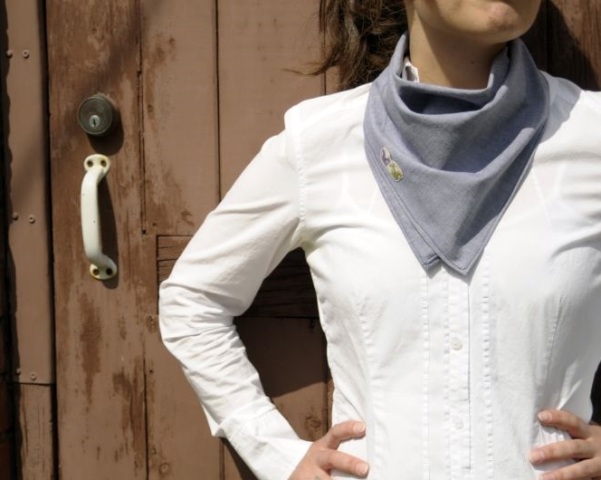 Image: moon [email protected]
How To Wear A Neckerchief
How to Cite

What Shoes Should Men Wear With Jeans