Along with Prada and Gucci, Louis Vuitton is considered the third of the trinity in fashion. Read the article below to know the history of Louis Vuitton.

When you think of luxury fashion, the name that instantly pops in the mind is Louis Vuitton. For more than a century, the Louis Vuitton brand has been synonymous with travelling in style. Their bags and suitcases have changed the way you travel. Louis Vuitton managed with their designs to ensure that not only is the exoticness of the place important, but also how you carry your things. And with Louis Vuitton you carry your things in style. Their hallmark is undoubtedly the bags and suitcases but they also design dresses and shoes. Such is the passion for their products that many people are ready to fork huge sums for the bags and accessories. People who don’t understand why some people are ready to pay huge sums for bags and suitcases that are bound to remain hidden should first take a look at the Louis Vuitton signature designs. Even after that, if you don’t go for it then consider yourself blind or tasteless. To know more on the history of Louis Vuitton, read the article given below. 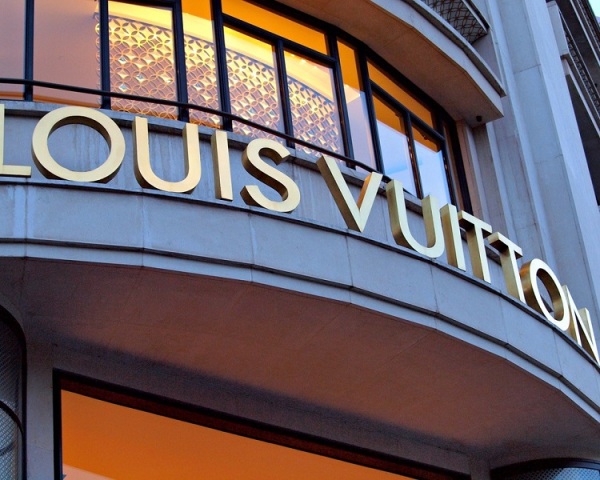 Image: [email protected]
Interesting And Amazing Information On Louis Vuitton
This French fashion luxury house was started by Louis Vuitton in the year 1854. He was a Layetier to the wife of Napoleon III and it was during this time that he gained extensive knowledge of the tastes of the French royalty that helped him to start designing his own luggage. He started the LV Company by perfecting the design of the travelling case.
Louis Vuitton revolutionized the design of the travelling trunk. He was the first to introduce the flat-bottomed trunks that were light and airtight. The flat trunks were easy to stack unlike the rounded-top trunks that were prevalent during those days. It became a hit among the travelling folks and subsequently the design was also imitated by other designers. To counter this duplication, Louis Vuitton in the year 1876, changed the Trianon design of the trunks to beige and brown stripes design. He changed the design again in 1888 to the Damier Canvas pattern with a logo.
The first Louis Vuitton store was opened in London in the year 1885 on Oxford Street. In 1892, Louis Vuitton died and the mantle passed on to his son, Georges Vuitton. He steered the company in to a worldwide corporation by holding exhibition of the company’s products, most notably at the Chicago World’s Fair. It was also during his time, in the year 1896 that the Monogram Canvas was launched. The design of this legendary canvas includes graphic symbols like quatrefoils and flowers along with the LV monogram. To prevent counterfeiting the company applied worldwide patents for the design.
The Louis Vuitton Building, which was considered to be the largest travel-goods store at the time, was opened in 1913 on the Champs-Elysees. At the start of the World War I, various stores were also opened in New York, Bombay, Washington, and several other places.
When Georges Vuitton died his son, Gaston-Louis Vuitton took over the company. He is responsible for utilizing the leather look in almost all the products. He is also responsible for revamping the Monogram Canvas so that it can also be used for purses and wallets. Seeking to expand its presence in Asia, the company opened its first store in Japan in the year 1978. This was also followed by two more stores in Taiwan and Seoul.
To increase its brand value further, the company, in 1983, joined with America’s Cup to form the Louis Vuitton Cup, which is a preliminary competition for the yacht race. In 1987, the Louis Vuitton Company merged with the Moet et Chandon and Hennessy to form a conglomerate called LVMH. By 1989, Louis Vuitton was operating about 130 stores worldwide. 2004 marked the 150th anniversary of the foundation of Louis Vuitton and in that year, it opened its first global store in Shanghai and other stores in New York, Sao Paulo, and Johannesburg.
How to Cite