Turkmenistan is a desert nation situated in Central Asia, bordering Caspian Sea. With this article, get to know some fun and interesting facts about Turkmenistan.

Turkmenistan is a country in Central Asia, which was once a constituent republic of the Soviet Union. It stands bordered by Afghanistan in the southeast, Iran in the southwest, Uzbekistan in the northeast and Kazakhstan in the northwest. Forming the southern border of the country is Caspian Sea, the largest enclosed body water in the world. Around eighty percent of the landscape of Turkmenistan stands covered by Karakum Desert. The climate of Turkmenistan is categorized as ‘subtropical desert’. It has four distinctive seasons, namely, winter, spring, summer and autumn. Turkmenistan’s economy is highly centralized; meaning more than half of the population is employed by the government. Only some industries and land are under private ownership. Cotton produce is extensive in this country; in fact it is the major crop here and half of the irrigated land is filled with cotton plantations. The country's natural gas reserves rank fourth in the whole world. However, lack of gas-pipeline routes out of the landlocked Country has made it almost impossible to export the abundant gas. Read on to gather more information on Turkmenistan. 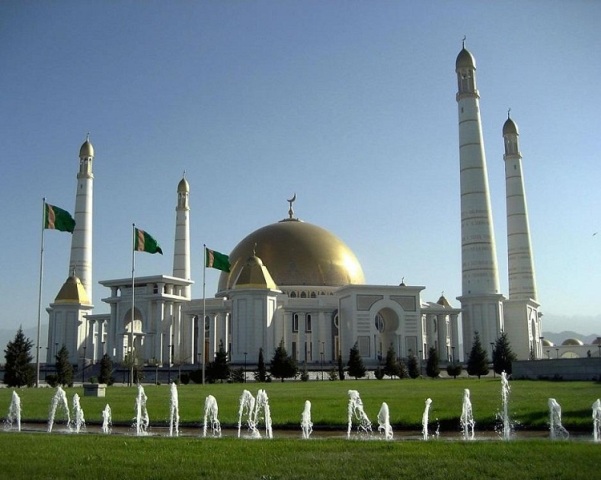