Sri Lanka is an island-nation off the shores of India, popularly known as ‘the Pearl of the Indian Ocean’. With this article, know some fun and interesting facts about Sri Lanka.

One of the most beautiful dots in the map of the world, Sri Lanka is known to be a very popular destination for tourists, surrounded on all four sides by water and shaped in the form of a tear-drop. Sri Lanka is an island-nation situated in the Indian Ocean, off the south-eastern coast shores of India. Spread over an area of approximately 65,525 sq. km, the country forms a strategic naval link between West Asia and South East Asia. Sri Lanka is a multi-religious and multi-ethnic nation, where almost 70 percent of the population follows Buddhism. After gaining independence in 1948, the nation has progressed to quite an extent. Today, it boasts of being a modern industrial economy that has one of the highest per capita incomes in South Asia. Apart from that, it is also a famous tourist destination, mainly owing to its natural splendor, in the form of tropical forests, picturesque beaches and mesmerizing scenery. To know more about the island-nation, explore the following lines. 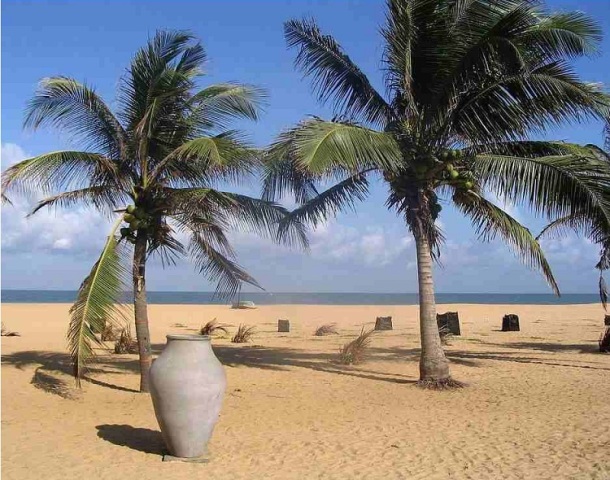