Berlin is the largest city in Germany and houses many tourist attractions. Find out more about the places to see and things to do in Berlin. 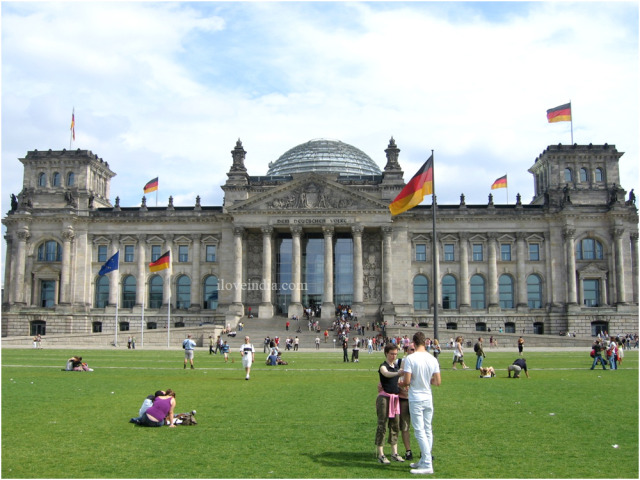 Languages: German, English
Best Time to Visit: May to October
Time Zone: GMT+1/ +2
Driving Side: Right Side
Main Attractions: Berlin Wall, Brandenburg Gate, Berliner Dom, Bebelplatz, Alexanderplatz, Schloss Charlottenburg etc
The largest city in Germany, Berlin is its capital and one of the sixteen states. As per historical records, during the 13th century, Berlin enjoyed patronage of varied empires and served as the capital of Kingdom of Prussia, the German Empire, the Weimar Republic and the Third Reich. However, after the Second World War, the city was divided into two parts. East Berlin became the capital of East Germany, while West Berlin was transformed into Western enclave, which is surrounded by Berlin Wall. After the reunification of Germany in 1990, the city once again regained its status as the capital of the entire country. As a result, the land of Berlin is rich with historical monuments, museums and many other fascinating tourist attractions. To know about the various places to see and things to do in Germany, read on.
Sightseeing!
Berlin offers you a number of exciting places that are worth-visiting. The Berlin Wall is the biggest attraction here, which is only seen in remains now. The East Side Gallery is the largest open side gallery in the world, where the longest stretch of the remaining wall has been painted in positive colors. Apart from this, the Brandenburg Gate embedded in the wall is reminiscent of the Communist rule and now, symbolizes reunification. Schloss Charlottenburg is a splendid palace constructed by Queen Sophie Charolette. It houses sprawling gardens and lovely paintings. Reichstag is the historical landmark of Berlin, as it is the seat of the German Parliament. Other worth-visiting places in Berlin include Berliner Dom, Bebelplatz, Alexanderplatz, etc.
Museums
Berlin houses a number of intriguing museums and art galleries. Some of the must-see museums and galleries include Alte Nationalgalerie, which is an old National Gallery exhibiting 19th century collection of sculptures and paintings. The Altes Museum is also quite famous, mainly due to its rich collection of Greek, Roman and Egyptian artifacts. Besides, a trip to Museum Island is a must for all the history lovers. As the name suggests, the island houses five different museums. Out of the five, the Pergamon Museum is the most famous.
Recreation
Berlin extends a plethora of recreational means for the visitors to enjoy and take back joyful memories. Animal lovers can visit the Zoologischer Garten Berlin, the oldest zoo in the city, to view some wide variety of animal species, including the captive-born polar bear. Another option is Berlin's Botanischer Garten, a botanical garden housing the Botanic Museum of Berlin. With over 22,000 species of plants, it is one of the largest gardens in the world. The Tiergarten (Animal Garden) is the largest park in the city and provides ample enjoyment opportunities for all.
Performing Arts
Berlin can prove to be a paradise for art lovers, as there are around 50 theaters located within its bounds. In addition, tourists can enjoy opera at the remarkable opera houses perched in the city. While the three major ones are the Deutsche Opera, the Berlin State Opera, and the Komische Oper, the Berlin State Opera on Unter den Linden is the oldest. Besides, there are seven symphony orchestras in Berlin. The Berlin Philharmonic Orchestra is one of the finest orchestras in the world. It is housed in the Berliner Philharmonie near Potsdamer Platz, on a street named for the orchestra's longest-serving conductor, Herbert von Karajan. 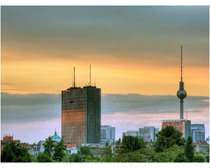 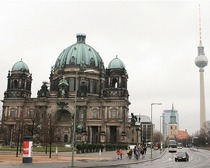