Kiribati is an island nation, which comprises of 33 atolls in toto. With this article, get to explore some fun and interesting facts about Kiribati.

Kiribati is an island nation, which is located in the central tropical Pacific Ocean, about 4,000 km (about 2,500 mi) to the southwest of Hawaii. The island nation comprises of 33 islands, along with raised coral island. The islands can be divided into three separate groups - Kiribati (including Banaba Island, formerly Ocean Island) Islands, Line Islands and Phoenix Islands. All the islands in Kiribati are low-lying coral ones, with coastal lagoons, with the only exception being Banaba. There are no hills or streams throughout the island nation and the vegetation basically comprises of coconut palms and pandanus trees. According to scientists, a rise in sea levels by 2m is capable of drowning the nation completely. For this reason, the Government of Kiribati requested New Zealand and Australia to make provisions for the people of Kiribati when such a situation takes place. Given below is more information on Kiribati. 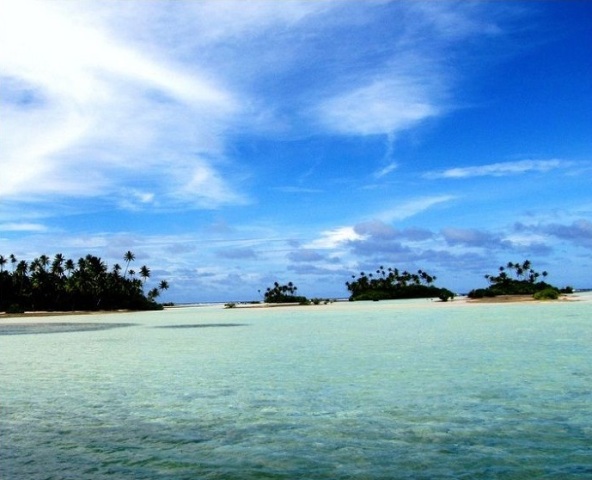