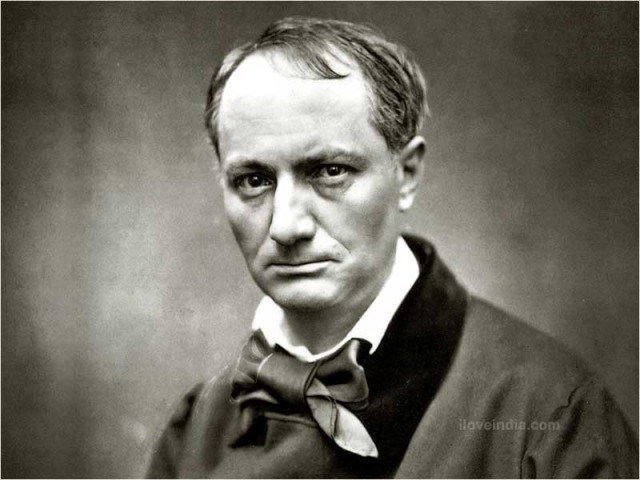 Born In: Paris, France
Died On: August 31, 1867
Career: Poet, Art Critic, Essayist, Translator
Nationality: French
Referred to as the ‘father of modern criticism’, Charles Baudelaire has been regarded as one of the most distinguished faces in poetry in the 19th century. A French poet, translator, and literary and art critic, Charles’s reputation primarily rests on his 1857 collection of poems titled ‘Les Fleurs du mal’ (The Flowers of Evil), which served as one of the most significant and influential poetry published in Europe in that era. Likewise, his 1868 ‘Petits poèmes en prose’ (Little Prose Poems) was one of the most highly-commended and innovative early experiments in the field of prose poetry at the same era. However, his highly controversial and dark poetry was an outcome from his life that was filled with drama and strife, varying from financial disaster to being prosecuted for obscenity and blasphemy. Apart from his stunning imagery and extraordinary musicality, Charles was also one of the firsts to introduce urban consciousness. Read on to know more about Charles Baudelaire.
Childhood & Education
Charles Baudelaire was born to François Baudelaire and his second wife Caroline Archimbaut Dufays, thirty four years his junior, in Paris, France. Charles’ father François was a senior civil servant and amateur artist. However, he died in 1827 when Charles was only six years old. A year later, Caroline re-married Lieutenant Colonel Jacques Aupick, who later became a General and served as a French Ambassador to various nations. Charles received his early education at the College Royal in Lyons, until Aupick was stationed there. He was then shifted to the Lacèe Louis-le-Grand, where he studied law, when his family returned back to Paris in 1836. It was at this time that Charles developed intense melancholy and started living a solitary life. He even started frequenting prostitutes and to worsen matters, he was even expelled from his college on grounds of indiscipline in 1839. He was then enrolled in École de Droit as a law student in 1840, where he became addicted to opium and contracted syphilis. He even fell into heavy debt and was never able to complete his studies.
Early Career
In 1841, Aupick sent Charles on a voyage to Calcutta, India on the pretext of bringing his dissolute habits to an end. It was on this trip that Charles was highly impressed by the sea, sailing, and ports that formed a part of his poetry later on. He was back in Paris in 1842 where he started writing his first collection of poems titled ‘Les Fleurs du Mal’. He met Jeanne Duval who turned to be his mistress and inspiration for his poem ‘Black Venus’. For the next two years, he lived on the inheritance received from his family, but squandered it terribly. Henceforth, he was deprived of the money from the property. Nonetheless, he would always turn to his mother whenever he was in need of money or worried about his health.
Writing Career
The art review ‘Salon of 1845’ turned out to be Charles’ first published work. It was well received mainly due to its boldness. His second Salon review followed in 1846, which was yet again well attended. 1847 was an important year for Charles as it saw the publishing of his first novel titled ‘La Fanfario’. Charles was a slow and choosy writer, which was evident from his work, as his next work was released only in 1857, a volume of poems titled ‘Les Fleurs du mal’ (The Flowers of Evil). However, he was not idle for all these years as he was occupied with translating Edgar Allen Poe’s writings. The second edition of ‘The Flowers of Evil’ followed in 1861 with new poems. During 1860s, Charles continued to write articles and essays on various subjects and figures, as he was better known as a critic.
Politics & Later Life
In the late 1840s, Charles took an active participation in politics. He was a part of the revolutions of 1848 and even wrote a revolutionary paper titled ‘Le Salut Public’. In the 1850s, Charles maintained distance from politics after a puzzled period. Further, he started suffering from poor health, pressing debts, and irregular literary outputs. To escape creditors, he began residing in different lodges. After his stepfather’s death in 1857, Charles craved for staying with his mother but she was reluctant. However, in 1859 when his health started deteriorating and he was engrossed with stress and poverty, his mother agreed to let him in. Here, he penned his poem ‘Le Voyage’.
Death
Day after day, year after year, Charles’ financial difficulties increased, especially after his publisher Poulet Malassis went bankrupt in 1861. He traveled to Belgium in 1864, in the hope of selling his rights partly and giving lectures to earn his living. Though his relationship with mistress Jeanne was an on-and-off affair, he continued to support her till the end. His smoking and drinking habits reached heights leading to a massive stroke in 1866, which was followed by paralysis. He spent the next two years semi-paralyzed in ‘maisons de santé’ in Brussels and Paris. On August 31, 1867, Charles breathed his last and died in his mother’s arms. He was buried in the Cimetière du Montparnasse, Paris.
Notable Works
Timeline
1821: Charles Baudelaire was born in Paris, France
1836: Enrolled in Lacèe Louis-le-Grand to study law
1839: Expelled from Lacèe Louis-le-Grand
1840: Entered École de Droit for law but never completed his degree
1841: Sent to Calcutta, India
1842: Returned to Paris
1845: ‘Salon of 1845’ was published
1847: First novel ‘La Fanfario’ was published
1857: ‘Les Fleurs du mal’ was released
1866: Suffered a stroke
1867: Charles died in Paris aged 46
1869: ‘Petits Poèmes en Prose’ was published posthumously
How to Cite