Bichon Frise are French dogs, very popular as pets, and known to posses a gentle disposition. Explore the article to know more about this friendly and cute-looking dog breed. 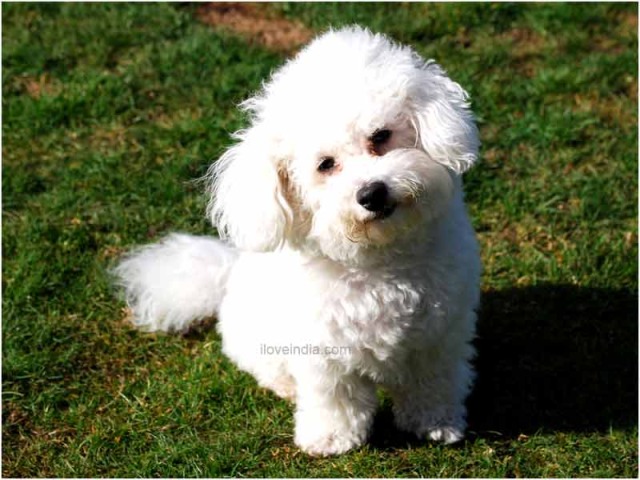 Height: 9-11 inches
Weight: 7-12 pounds
Coat Type: Double Coat
Bichon Frise belongs to a Bichon type of small dog breed. These dogs are very popular as pets and bear a heavy resemblance to Maltese, though Frise dogs are larger. The breed possesses a happy disposition, which makes these dogs popular as pets. This fluffy, white Bichon Frise dog falls among those few breeds that do not shed. Among the small dogs, it is known to be the friendliest and very mild-mannered. This intelligent dog is also quick to learn tricks and can prove to be the ideal companion as compared to other pets. Read on to know more about the Bichon Frise dog breed.
History
Bichon Frise dog descended from the Barbet or Water Spaniel. The name “Bichon” is the shortened version of “Barbichon”, which was earlier used to call Barbet or Water Spaniel dogs. Bichons, which can be classified into four categories, were used as barter by sailors and as such, they got to travel a lot, moving from once continent to the other. It is believed that the Frise breed was introduced to the Canary Island of Tenerife by Spanish sailors. The dogs were rediscovered by the Italian seamen on their voyages in the 1300’s, who brought them back to the European continent. The breed gained much popularity in France in the court of Henry III (1574-89). This was also the time when it became famous in many other parts of Europe.
Personality
Bichon Frise is a small-sized, sturdy dog whose body gives a round appearance when clipped in a show cut. It has a slightly rounded skull and the muzzle is shorter than the skull, with a somewhat pronounced stop. The eyes are round and black or dark brown in color. The breed has dropping years, covered with long hair and the legs are straight and medium-boned. The tail of the dog is carried over the back and their teeth meet in a scissors bite.
Temperament
Bichon Frise loves human company, possesses an independent spirit, and is intelligent, affectionate, bold and lively. These dogs are known to be charming and gentle and their happy temperament makes them easy to live with. They are equally easy to train, very sociable and happiest when in family. Their sociable traits keep them fine in the company of other dogs and pets. Bichon Frise dogs are excellent with children. They are also used as watch dogs and to perform tricks. One thing to watch out for is the tendency of the dog to assume that he is pack leader to humans, provided this behavior is allowed to develop. This Small Dog Syndrome can lead to varying degrees of behavioral problems in the dog.
Genetic Diseases
Some of the Bichon Frise dogs may experience watery eyes, cataracts, epilepsy, dislocated kneecaps. Skin and ear ailments may also be seen. These dogs can also be very sensitive to flea bites.
Grooming
Bichon Frise dog comes with a double coat, which is soft to touch. The outer coat is 3 to 4 inches long and is coarser than the dense undercoat. Some owners clip the coat in the same length all over the body, so that the dog is easier to maintain. It is a non-shedding breed and calls for daily grooming. The dog should be bathed every month. As far as physical fitness goes, it requires a daily walk. 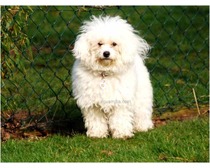 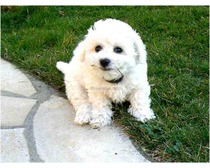