Berner Laufhund dogs, originally belonging to Switzerland, are reputed as the best hunting dogs in the world. Explore the article to know more about this dog breed. 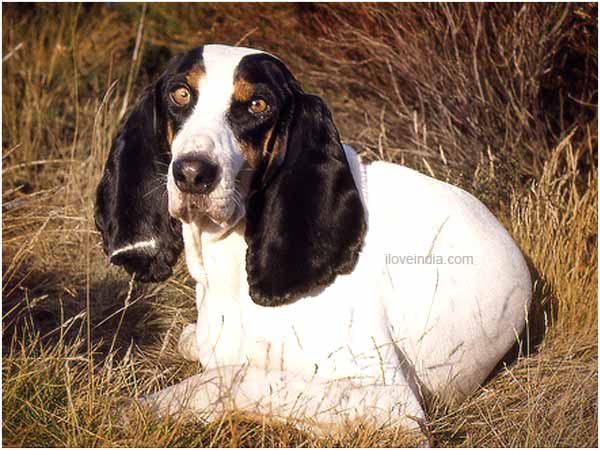 Coat: Short & Soft
Height: 15-23 inches
Weight: 34-44 pounds
Berner Laufhund dog is a middle-sized breed of scent hounds, which originally belongs to Switzerland. It is a very powerful dog that was initially used to hunt big game. It is popularly known as the Small Bernese Hound in the United States. This dog is widely touted to be a hunting dog in the real sense of the word. Owing to its exceptional hunting abilities, Berner Laufhund is reputed to be the best hunting dog in the world. The dog is tri-colored and is used for keen scent. It is interesting to note that the dog also comes in a rough coat, which usually happens in one out of the 20 odd Berner Laufhund dogs.
History
As mentioned earlier, theBerner Laufhund can trace its origin to Switzerland. The earliest evidence relating to this breed’s existence was found in the 1000s. These powerful hounds were used for about 900 years by the Swiss Alpine hunters. The Swiss Hound Club, formed in 1931, is largely credited with the preservation of the phenomenal hound breed.
Appearance
Berner Laufhund dog has a long head, which is narrow and appears well proportioned with the rest of the body. It has dark eyes, which seem to sport a happy expression. The muzzle is long and narrow and the long ears are set low, towards the back of the head. The nose of the dog is black and follows the color of its coat. The neck doesn’t have much dewlap and is long and prevailing, and its long back is long, straight and firm. Berner Laufhund has straight and strong legs and the hind legs are fairly bent at stifles and longs. The feet are round in shape and thickly padded and the nails are strong. The tail is of a medium length and carried horizontally. The dog has a very balanced movement of the body and a good reach, which makes it fit for hunting.
Personality
Berner Laufhund dogs are very energetic, known to be quite free-spirited. Being extremely athletic, they need their share of regular exercise. These dogs are very eager and enthusiastic, when it comes to pleasing their owners and will go to any extent to do the same. Softness and ease are the characteristics of these dogs and they are very mild-tempered. Due to their soft nature, they get along well in a gathering. However, Berner Laufhunds also have a characteristic loud bark, which sounds dangerous. Due to their strong built and an equally loud bark, they are highly recommended as guard dogs. This dog breed is absolutely fearless and courageous, as it has a hunting background and was used to hunt down large animals. The dog is comfortable both indoors and outdoors. The breed has commendably evolved from being aggressive to offering good companionship.
Grooming
Berner Laufhund dog breed is easy on maintenance and requires occasional brushing to remove dead hair from the coat. It is advisable to use a natural-bristle brush to brush their soft coat. 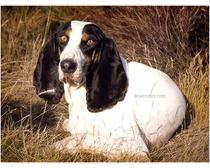 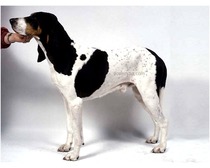