Beagle harrier dogs prove to be a loyal and perfect hunting partner for licensed hunters. Explore this article to find more information about this breed of dog. 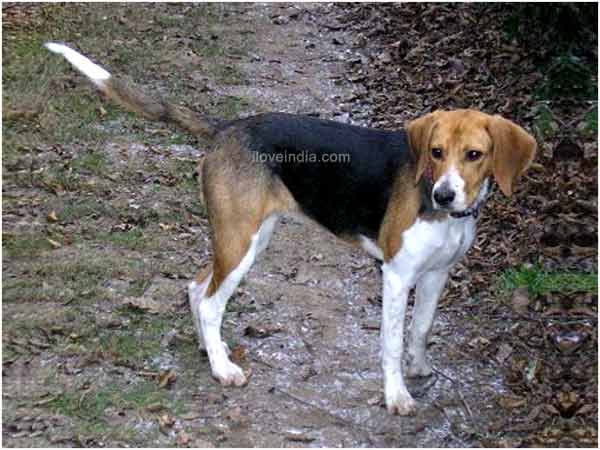 Weight: males: 42-46 pounds (19-21 kg) / female: 42-46 pounds (19-21 kg)
Height: males: 18-20 inches (46-51 cm) / female: 18-20 inches (46-51 cm)
Coat Type: Short, smooth and thick
Beagle harrier dog is a French breed that was bred by mating two English scent hounds, namely beagle and harrier, to hunt games like hare and deer, in packs. It has an impressive bone structure, with large eyes and hanging ears imparting it both attitude and expression. The dog has very nicely inherited the qualities of hunting - strong determination, alertness and wonderful scenting ability, from its parents. Beagle harrier is a good and intelligent companion for hunters. Its sweet, calm and affectionate nature makes it an ideal home companion too, the dog but finds it difficult to adapt to apartment life. It requires less grooming, but a dominating master to train. Read on to know everything about the tough, yet lovable beagle harrier dog breed.
History
Beagle harrier is a breed of dog that was bred by mating beagle and harrier dog breeds, in France. The dog is still one of the rare dogs, as it is difficult to find the breed outside France. The origin of this breed comes from two conflicting theories. One theory notifies that the breed originated in France, in the later half of the 19th century. At that time, the desire to have a dog with the physical attributes of a harrier and the outstanding hunting traits of a beagle led Baron Gerard Grandin to crossbreed the two. Hence, the beagle harrier dog breed was developed, which maintained the characteristics of both the parent breeds.
Another theory says that the beagle harrier dog breed was exported to France from Britain, as this kind of crossbreeding was a common and established practice in the latter country. It further states that the breed became famous in France through the efforts of Baron Gerard Grandin. However, the dog enthusiasts in Britain disproved this theory. Baron Gerard Grandin, then, became the creator of the first standard of breed that made way for the breed to be officially recognized by FCI (Fédération cynologique internationale [International Cynological Federation]) in 1974. Today, the canine represents an established breed.
Appearance
Beagle harrier dog is a medium-sized dog that is larger than beagle and smaller than harrier. It has well-muscled, big and strong bones, with long ears that are common to the parent breed. It has a broad skull and strong head, with well-opened dark eyes, black nose, and a muzzle that is equal to the length of skull. The long ears hang down to both sides of the dog’s head. The canine has a compact body, with short and smooth coat, which has black blankets and tan markings. The coat is usually tricolor, highlighting the fawn, black, tan, or white colors.
Personality
Beagle harrier dog is fast, agile, vigorous and courageous, with an even temperament. It is an excellent hunting dog and makes a wonderful companion and loyal pet at home. The dog builds a strong bond with the family and is quite good with children and other pets. However, the process of socialization and obedience training should start from an early age, as the dog may turn stubborn at the time of training. As it is a scent hound, it will be difficult to call an untrained beagle harrier, if it has discovered an interesting smell. The canine is a quick learner, but training it to follow commands can be a little challenging. Being a hunting dog, beagle harrier needs to be taken for long walks and given extensive exercise. Since an unrestrictive environment is the best place to dwell for this dog, it is more suited to people living in a sub-urban area, rather than city life.
Genetic Diseases
The average lifespan of beagle harrier dog is 12 to 13 years, however the breed is susceptible to hip dysplasia. The ears should be regularly checked for any infection.
Grooming
Beagle harrier does not require a lot of grooming. Brushing of the coat once in a few days will maintain it in good condition and remove dead hair from the body. However, when the dog is shedding, regular grooming is required. In addition, it should not be given a bath regularly, as it will strip off the natural oil present on its body, which makes its coat weather-resistant. 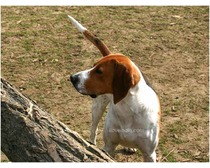 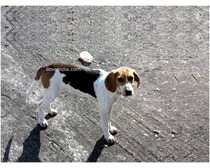