Basenji dog represents a breed that is highly alert and clever. Read on to gather some more details about the Basenji dog breed. 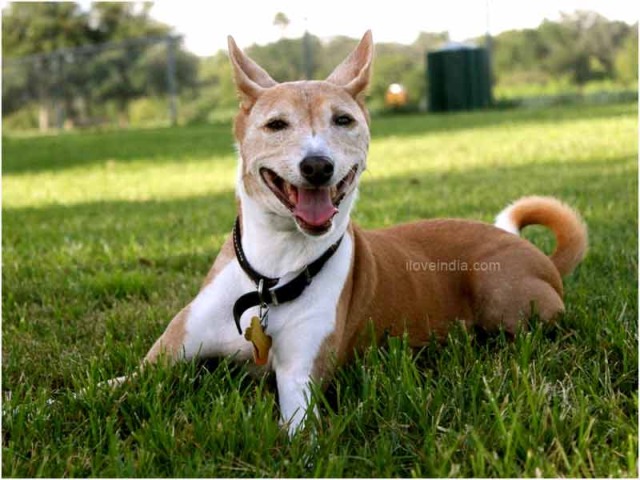 Weight: Approximately 11kg
Height: Around16 inches
Coat Type: Sleek coat
Basenji is one of ancient breed of dogs, which is known for its courageous nature and high intelligence. The short-haired dog is extremely loyal and obedient. However, it needs a firm master to be well-trained. It makes a great hunting dog and chases its prey with great speed. It has elegant features and comes in different colors. Basenji dog can be groomed easily, owing to its short hair and thus, requires low maintenance. Read on to know more details about this breed of dog, right from its history to temperament and even the genetic diseases that it is prone to.
History
Basenji is one of the most ancient of dogs. It is believed to have originated in Africa. Dogs bearing resemblance to the modern day Basenji can be seen on stelae, sitting at the feet of their masters in the tombs of Egyptian pharaohs. It was the Europeans who first described the breed, which was then derived in Congo in 1895. The Europeans named this breed “Basenji” and treasure it for its high rate of intelligence and speed. In Congo, basenji is known as “dog of the bush”. This breed assisted its master in hunting and chasing games. Several attempts have been made continuously to breed this dog. It is believed that Basenji has descended from the wolf, Canis lupus.
Appearance
Basenji is a small size dog, with straight ears, graceful neck and curled tail. It has a wrinkled forehead and almond-shaped eyes. It is basically a square breed, implying that it is same in proportion to its length and height. The coat of a basenji comes in a number of colors, like black, red, white, and even tricolor, which has black and tan in a traditional pattern. It can also be seen having a brindle color.
Personality
Basenji is an agile and alert dog breed that is known for its high energy level. It is highly loyal and obedient and has a reserved disposition towards strangers. It is not tolerant of non-canine pets. The canine has a calm and patient nature and does not bark often, like many other dogs breeds. Instead it makes a low, liquid ululation. Basenji proves to be a tireless worker and is extremely speedy and frisky. It dislikes wet weather and has great climbing skill. In fact, one can see it climbing conveniently on chain wire fences.
Basenji distinguishes itself from other dogs in having the cat-like quality to clean itself often. In some occasion, it is seen standing on its hind legs or leaning on something, like a meerkat. The dog is found to do this type of behavior when it is curious about something. It is extremely good in chasing its prey whenever it crosses its path. It gets easily driven to its prey. So, the owner of a basenji should take care that it is not free to go near the traffic areas alone.
Genetic Diseases
Basenji is known to be at risk to a number of genetic diseases, like Fanconi’s Syndrome, eye defects, thyroid problems, hip dysplasia, malabsorption and even digestive problems.
Grooming
A basenji dog does not require extensive grooming, as it does not shed too much hair. Besides, it has sleek coat, which can do well without much grooming. Still, one can indulge in occasional grooming, in order to remove the dead hair. Occasional rubbing of the coat with a damp cloth can prove helpful in keeping the coat glossy and fit. 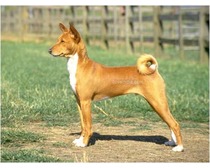 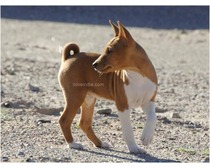