American Foxhound is the native dog of America. It is a rare species that is a scent hound as well as a family dog. Explore the article to know more about this dog breed. 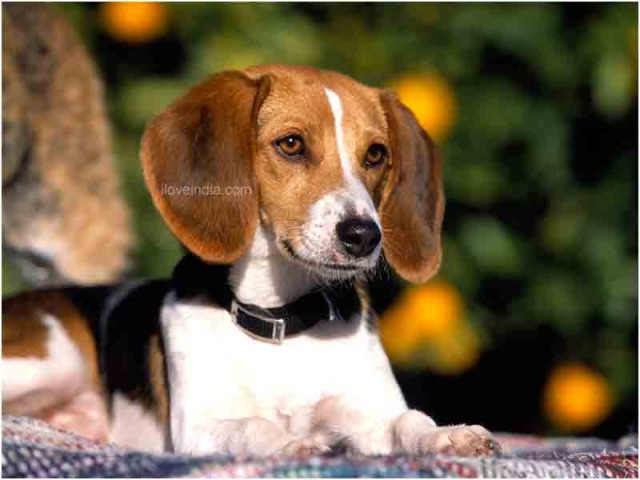 Height: 21-25 inches
Weight: 29-34 kg
Coat Type: Short, hard coat
American foxhound is a rare species of dog that is regarded as the native breed of America. Similar to their British counterpart, known as the English foxhound, American foxhounds are scent hounds that are trained to hunt fox by recognizing their smell. Their structure is large and they sport a short and hard coat, which can be in any color, such as red, blue and black & tan. The male foxhounds in America have an average height ranging from 21 to 25 inches, while females have a height of 20-24 inches. Traditionally, the foxhounds were fed a diet of ‘dog breed’, which is a variation of corn bread. Read on to explore on the American foxhound dog breed.
History
The origin of American foxhounds can be traced back to the early 18th century. This species came to be noticed in Virginia and Maryland, where it developed from the Walker, Trigg and Goodman strains of foxhounds and its physicality evolved further. Several strains of American foxhound are found today and they look quite different from each other, though they are recognized as members of the same breed.
Appearance
American foxhounds have long and straight boned legs, with a narrow chest. They have a large domed skull and a long muzzle. Their eyes are large and wide-set eyes, being hazel or brown in color. The ears are wide and set a little low and their tail is set moderately high with a slight upward curve. The physical appearance of American foxhounds is very similar to the Beagle, but they are taller and have a bigger body structure. The dog species can be found in four colors - red, tri, black and tan, and blue.
Temperament
American foxhounds are known to be sweet, kind and affectionate and very loving at home. During the hunt, they prove to be brave and intense warriors. They need careful training and constant socialization and should not be left indoors alone for a long period of time. These dogs thrive as members of family and can be easily trained to be a family pet. Their owners should give them ample exercise. A bored foxhound will try to find ways to counter boredom and look for some adventure, which can make it dangerous.
American foxhounds are intelligent dogs, which are quick to learn what is taught to them. Due to their pack-hunting background, they get along well with the other dogs and are excellent with children as well. However, they cannot be trusted with non-canine pets. Foxhounds also do not make good watchdogs and are not known to be very friendly with strangers. They don’t greet the newcomer affectionately.
Genetic Diseases
The breed is not known to carry genetic disorders. However, American foxhounds can put on weight, if they are overfed. A minor health disease known as thrombocytopathy or platelet disease is found in these dogs. Occasionally, dysplasia can also crop up, along with some eye problems.
Grooming
The smooth coat of American foxhounds is marked with short hair and easy to groom. Use a firm bristle brush to comb and brush them. You can also shampoo these dogs when needed. The breed is an average shedder. 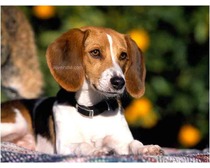 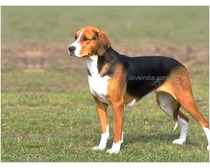