Alaunt dogs belong to the group of war dogs and are almost on the verge of extinction. Read on to know more about the alaunt dog breed. 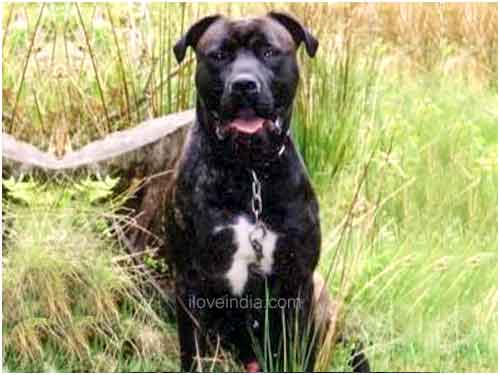 Weight: Male- 61 to 71 kg; Female - 36 to 41 kg
Height: 58 to 68 cm
Coat Type: Short coat
Alaunt is an almost extinct dog breed, which was primarily used as the war dog. It was bred by the Alani tribe, who had an Indo-European descent. Along with the breeding of Alaunt, they produced separate strains of the same breed as well, for serving different purposes. Consequently, it grew in the grasslands, along with the Pre-Indo Europeans who dwelled in the north of the Caspian Sea. Alaunt is also known as the light bodied mastiff and only a few dogs of the breed exist today. However, contemporary enthusiasts are developing new breeds out of the Alaunt bloodlines. These breeds include the New Alaunt, Dogo Belgrado, Abraxas Bulldog, Antebellum Bulldog or Altamaha Plantation Dog and the American Alaunt. We bring you some more relevant details about the alaunt dog breed, in the lines below.
History
Alaunt descended from the group of working dogs called Armenian Gampr, Alabai and Sarmatian Mastiff. It is also believed to have hailed from the shorthaired dogs of Persia, South Asia and Europe. The steppe nomads and the “Kurgan Culture” brought in the use of alaunt dogs in war. It is believed that Spain used to breed the best Alaunts In 1500 AD and trained them to conquer the New World. In France, the breed was grouped into three categories, keeping in view the physical appearance and the duties of alaunt. The categories were Alaunt Gentil, Alaunt de Boucherie and Alanut Veantre. However, in Spain, the division was of a different nature and the breed was categorized into Presa, Fila and Cuban Bloodhound. The original Alaunt dog was a type of sheep dog. People used it even during the battles, where it used to fight along with its master, on the plains west and north of Caucasus.
Appearance
The original Alaunt is believed to have resembled a Central Asian Ovcharka. As said above, the doge breed was categorized in France based on its appearance. Alaunt Genetil was a lighter dog, which shared similarity with the greyhound. The other two categories, Alaunt De Boucherie and Alaunt Veantre were large dogs and heavily sized. The existing Alaunt has a typical broad and flat head. It resembles the Caucasian man, in having the long broad head, along with a square shaped jaw. It is well built, has strong body features and comes in different colors, like fawn, white and brindle.
Personality
Alaunt is highly agile and alert. It was primarily used as the guardian for livestock. In the earlier days, this dog also used to accompany its master to the battlefield. It used to fight along with its master, amidst the grassy plains of the west and north Caucasus. Today, most of the existing Alaunts are used for the protection of cattle and other pets. The dog is highly protective of its master and has a suspicious eye for the strangers. It is known for its high level of obedience and loyalty.
Grooming
Like any other short-haired dogs, Alaunt requires minimum or no grooming. However, it likes to be taken on daily walk, in order to stay healthy. 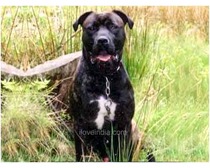 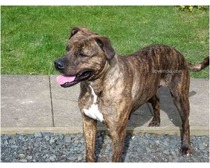