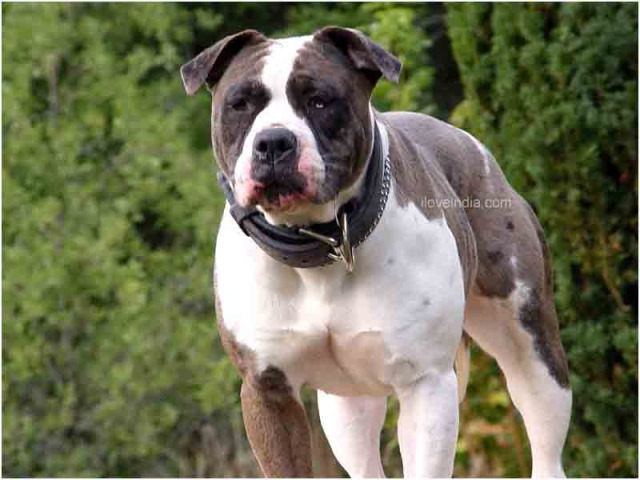 Weight: Male -100 lbs; Female - 78 lbs
Height: Male -23-26 inches; Female - 20-23 inches
Coat type: Short stiff coat; various colors of coat in different dogs
Alapaha Blue Blood Bulldog is a rare breed of dogs, which exists in very few numbers today. The dog can be easily trained and proves to be highly obedient. It grows familiar with the family members within a short span of time and eventually grows more defensive for them. Alapaha Blue Blood Bulldog is a strong dog, which gives an impression of its sturdiness from its appearance itself. In the following lines, we bring you more fascinating details about the dog, right from its history to appearance, personality and appearance.
History
Alapaha blue blood bulldog is a rare breed of dog that comes under the category of the Mastiff breed. It was developed during the late 18th century, in parts of the southern enclaves of United States. It came into being by the mutual crossing of the Old English bulldog (presently extinct) with that of the local herding breeds, like Black Mouth Cur and Catahoula Leopard dog. Alapaha is known by several names, like Cow Dog, Otto, Catahoula Bulldog and Silver Dollar. The dog was mainly domesticated to catch unruly cattle and hence, grew as a guardian and working dog breed.
Appearance
Alapaha has a sturdy, muscular and well-developed body. It is more or less an unexaggerated and natural bulldog variety. The dog exhibits a great difference among its own species with regard to its size. The male Alapaha varies from 75 to 95 pounds in size whereas the female has the size ranging between 60 to 70 pounds. It has a square head, distinct muzzle and broad chest. This dog comes in a number of colors like white, black, grey, fawn, red, brown, buckskin, mahogany and brindle. Its ears and tail grow naturally without cropping or docking. Every Alapaha dog has distinct white markings on its body. However, some dogs of this breed are piebald spotted.
Personality
Alapaha Blue Blood Bulldog is a strong dog that is highly protective towards its family and property. It is extremely dedicated towards its duty and is highly possessive and attentive. It establishes its territory at a very young age and demands attention constantly. Alapaha is known for its high intelligence and athletic abilities. It is extremely alert and lively and very amiable with children. It is also tolerant towards other pets. The dog breed is highly defendant against strangers and is always suspicious about them. Alapaha displays a splendid leadership quality. It can be easily trained and made more social. However, it is advisable to begin its training at a very young age. The dog learns fast and is highly obedient. It grows close to the family members soon and thus, is known to have an “alpha dog attitude”.
Genetic Disease
Alapaha Blue Blood Bulldog is usually highly resistant to diseases and maintains healthy conditions. However, it is prone to entropion, which is a condition wherein the eyelids get inverted. Also, it is susceptible to ailments like chery eye and inflammation of the tear duct.
Grooming
Alapaha Blue Blood Bulldog requires very less grooming. Occasional grooming is enough for it. It should be brushed only to remove the loose hair. Brushing frequently might cause excessive hair shedding. Alapaha Blue Blood Bulldog can be bathed once in every two weeks. 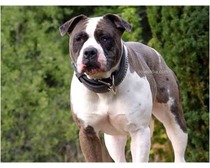 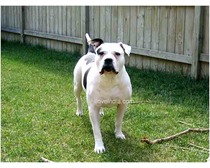