Breed Type: A type of sighthound 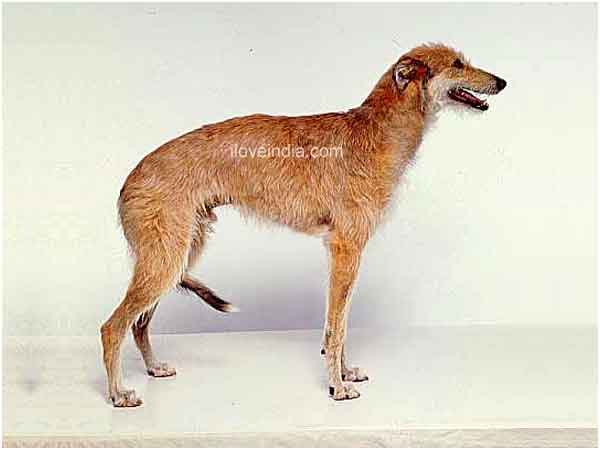 Weight: Males - 55 to 90 pounds (25 to 41 kg); Females - 45 to 75 pounds (20 to 34 kg)
Height: Males - 26 to 30 inches (67 to 77 cm); Females - 24 to 27 inches (61 to 69 cm)
Coat Type: 3 coat types - the shag, slick and the broken
American Staghound is unquestionably an exquisite long dog, long being used for the purpose of coursing with other running dogs in quarries. These dogs are very calm and affectionate and extremely fond of their owners. Due to such characteristics, the breed is very popular amongst dog owners across the world. American Staghounds have a well chiseled muscular frame and very long legs. They are mostly formed as a result of breeding between the Scottish deerhound and the Greyhound. Hence, they bear the unique features of both the varieties i.e. acute vision and a robust structure. Moreover, the breed does not require much maintenance and is very easy to train and handle. Read on some more amazing features of the American Staghound dog breed.
History
American Staghound is the result of a unique combination between the Scottish deerhound and greyhound genetics of unidentified gene percentages. It is, however, not the direct creation of breed between a pure Scottish deerhound and a pure Greyhound and was mostly formed by the breeding between two staghounds, particularly since the year 1700. American Staghounds were originally bred to hunt predators, such as the coyote and the wolf. In parts of America, coursing dogs was a very popular sport and often coursing quarries were used for the purpose. During those days, very often, coyotes (a breed of canid) were coursed with running dogs, although, many a times before, different breeds of wolf were used for the purpose. However, the coyote posed a big problem in that they were faster than wolves and fought as hard as one. Gradually, over a course of time, it was found that crossing the fine boned greyhound with the robust Scottish deerhound created a coursing breed used for coyote in harsh terrain. This unique cross between the two breeds gave the Staghound extraordinary scenting skills and a very fast pace. Thus, a great breed was created in the process. General George A. Custer even used the breed as part of his dog pack, which he used for the purpose of coursing on different species of North American animals, in 1846.
Appearance
The characteristic appearance of an American Staghound is its thick skin, rugged feet and the ‘three layered’ coat. It is however, not regarded as a breed and is considered a type of sighthound used for the purpose of coursing on quarries. An apt running dog, it has strong muscles, long legs and a deep chest. An acute visual acuity and a strong sense of smell are its dominant features. Looking at the dog, one can easily apprehend that the dog is a blend of the deerhound and the greyhound. A very unique trait of the American Staghound dog is that it has got three different varieties of coat. The first coat type is called ‘shag’, which acutely resembles the Scottish deerhound. The second variety is called ‘slick’ and is closely related to the greyhound, while the third one is called ‘broken’ and lies in-between the two.
Personality
Two distinct words that can be used to sum an American Staghound are ‘endurance’ and ‘durability’. These dogs are very popular coursing dogs, which are renowned for their extraordinary sense of smell and strong vision. They are very attention craving and are loyal and affectionate to their owners. They make excellent pets and are regarded as wonderful companions. The breed is very calm and good with children, although its size can pose a problem for the babies and young children. However, its basic instinct and main impulse is ‘to hunt’. The inner drive of American Staghounds, for coursing, is unsurpassed and once in the field, they are very agile, courageous and tenacious.
Grooming
American Staghounds are very low in maintenance and do not require much pampering and caring. However, they do require an occasional periodic brush, to sustain the sheen and luster of the coat. This also depends on the type of coat. 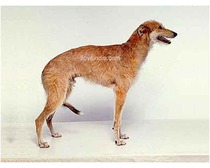 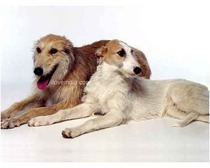