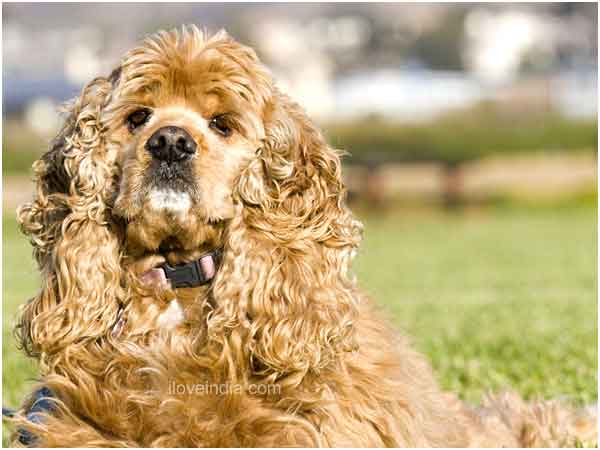 Weight: 24 to 28 lbs
Height: Male - 14.5 to 15.5 inches; Female - 13.5 to 14.5 inches
Coat Type: Silky and flat, short on the head & medium on the body, with an undercoat
American Cocker Spaniel is a very intelligent breed of dog, which originated in parts of Spain. The dogs were later developed to form a breed that is today regarded as one of the ideal human pets. They are of medium length and very similar to the English Cocker Spaniels. American Cocker Spaniels have a very charming and gentle nature and can get along with children very easily, especially when raised together from a very young age. They are very sociable and require a lot of attention and pampering. These dogs are very easy to train and can be handled by experienced as well as inexperienced owners. To know more about this unique dog breed, have a look at the information given below.
History
An original breed of hunting dogs, Spaniels were brought from Spain to England, where they were developed into gun dogs, for the purpose of hunting game, especially birds. It was only in the year 1904 that the breed was given the name ‘Cocker’, as it was used to hunt woodcocks. Originally, Cocker Spaniels and Springer Spaniels were born in the same litter and were separated into distinct types at a later stage only. However, in the year 1892, the breed was recognized as a separate entity in England, thereby separating it from the Springers.
In the later part of the year 1800, Cocker Spaniel was introduced in the northern zone of America. Eventually, two distinct varieties of the dog began to develop. The first Cocker Spaniel was registered in the United States’ American Kennel Club, as ‘Captain’, in the year 1878 and the American Spaniel Club was established in 1881. Also, a parti-color Cocker (black and white), Ch. Midkiff Seductive won the popular Westminster Dog Show in 1921. The breed gradually became very popular in the States and its size began to diminish considerably, as compared to its English counterpart.
Over a period of time, separate categories or classes were introduced for the English and the American Cocker Spaniel in dog shows (especially in 1935). In the year 1938, breeding between the two breeds was discouraged by the Cocker Spaniel Club of America, as those whose pedigrees included dogs that were either registered or eligible to be registered with The Kennel Club (UK) prior to the year 1930. After a great deal of research by Geraldine Rockefeller Dodge and others, American Cocker Spaniel breed was finally identified as separate from the English variety in June 1946.
Appearance
American Cocker Spaniel is a very elegant, regal and pretty dog that has distinct features of its own. It has a double coat that is silky in texture and medium in length at the top, with a shorter undercoat. The color of the coat varies from black, buff and chocolate to mixtures of white and red and even various roan shades. It has long and silky ears, which droop down at the sides, giving the dog a very sweet and innocent expression. Although American Cocker Spaniels are shorter in size, as compared to their English counterparts, they have very sturdy features. They are medium shedders, which imply that the breed is not ideal for people with allergies.
Personality
American Cocker Spaniels are regarded as ideal family pets, which are very cheerful and vibrant. They love to play and fool around and sometimes even enjoy barking. However, they require a lot of pampering and socialization and can become a tyrant if not provided with the same. They have a soft and mellow nature and do not respond to any form of harsh training. An American Cocker Spaniel is very dignified, along with having an outgoing and cheerful temperament. At the same time, it is also very responsive in nature. It is especially good with older children and pets, provided that they do not pester. On the whole, the dog can be summed up as a friendly, intelligent and active breed that can even go out of the way to please its owner.
Genetic Disorders
American Cocker Spaniels are very prone to a condition called ‘Rage Syndrome’, characterized by sudden and savage attacks. During this time, they have very glazed appearance and seem to be unaware of their surroundings.
Grooming
American Cocker Spaniels require proper care and management. Their coat has to be brushed every couple of days, to keep it in good condition and maintain its shine. You may also need to clip the coat every couple of months. In addition to this, during the grooming sessions, check the auditory canals to ensure that they are dry and clean. Also, the eyes should be cleaned daily, to remove any kind of tear strains. 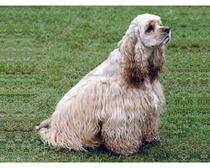