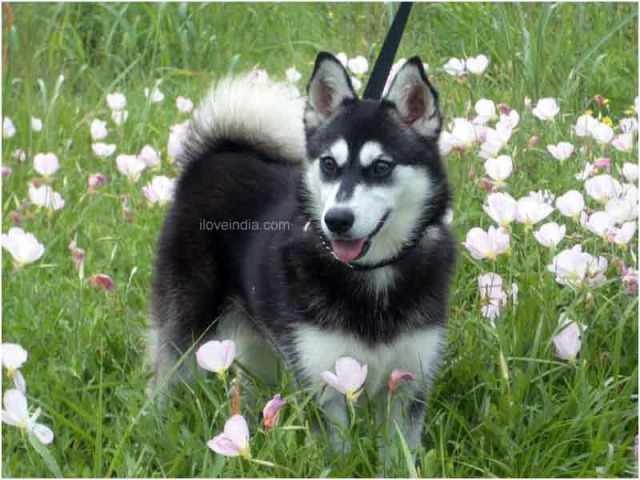 Weight: Male - 10 to 23 lbs (4.5 to 10 kg); Female - 10 to 15 lbs (4.5 to 6.8 kg)
Height: Male - 13 to 17.5 inches (33 to 44 cm); Female - 13 to 15 inches (33 to 38 cm)
Coat Type: Double coat, thicker on the neck and tail
Alaskan Klee Kai is a rare breed of dog, which was formed as a result of an accidental mating between Alaskan Husky and an unknown variety of dog. Later, deliberate cross-breeding took place of the Alaskan Husky took place, with the aim of creating a companion-sized version of the dog. Alaskan Klee Kai is highly intelligent and active and is very popular as watch or guard dog. Also, the dog is very fond of its owners and is especially attached with young kids. It is an apartment-size dog, which makes the perfect playmate for children. To know more about this unique dog breed, read the article given below.
History
Alaskan Klee Kai was developed in Wasills, Alaska, by the accidental mating of an Alaskan Husky with an unknown small dog, in the mid 1970s. Linda S. Spurlin happened to observe the result of this accidental mating. Soon, Alaskan Klee Kai, considered to be a smaller-sized version of the Alaskan Husky, was produced by mating Siberian and Alaskan Huskies, with Schipperke and American Eskimo Dog, to bring down the size without causing dwarfism. The breeding of this dog was done privately and released to the normal public in the year 1988. The breed was subsequently called ‘Alaskan Klee Kai’ or ‘Klee Kai’ in 1995. Bred mostly as companions, Klee Kai dogs come in three sizes, namely Toy, Miniature and Standard. The breed was officially documented by the American Rare Breed Association (ARBA) in the year 1995 and by the United Kennel Club (UKC) on January 1, 1997. Even today, Alaskan Klee Kai is considered to be an extremely rare species.
Appearance
Physically, Alaskan Klee Kai looks like a miniature form of the Alaskan Husky. However, certain features, like shorter snout, higher tail set and larger ears, makes it easy to distinguish the breed from the Siberian huskies. They are available in a number of colors, like black and white combinations with either sharp contrasts or dilute diffusion of the colors; red and white combinations that which come either as a cinnamon or a dark auburn; gray and white combinations coming in different shades of white. Based on their height, Alaskan Klee Kai dogs are further categorized as Toy variety (under 13 inches), Miniature variety (13 to 15 inches), Standard variety (15 to 17 inches), Seriously-faulted variety (17 to 17.5 inches) and Disqualified (above 17.5 inches). The dog has a double coat, which works to protect it from diverse environmental conditions. The coat is thicker towards the neck and the tail regions and sheds on an average basis. However, the dog sheds heavily two times a year and hence, is not suitable for people suffering from asthmatic conditions or allergy to dogs.
Personality
Alaskan Klee Kai is an ideal dog to own, as it quickly becomes an integral part of any family that adopts it. It is quick, agile, highly intelligent, curious and very active. Such a unique combination is very hard to find and hence, the dog is a favorite among many dog owners. However, the Siberian variety, the breed is very standoffish and very suspicious of strangers. It is this quality that makes Klee Kai very popular watch dogs. They are often used for the purpose of hunting and killing smaller animals or feathered animals like birds and even hamsters. They make very good pets, as they become much attached with their owners and are extremely clean by nature. They dislike wet feet and you will never find them walking inside the house with muddy feet.
Grooming
Alaskan Klee Kai dog breed requires very low maintenance and is very easy to care for. These dogs dislike any form of wet or muddy feet and can spend hours cleaning themselves. You will never find the typical ‘doggy odor ’or‘ dog breath problem and they will seldom require a bath. However, they require frequent brushing and a dry shampoo or bath, when necessary. 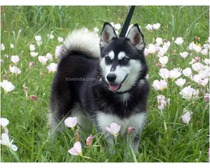 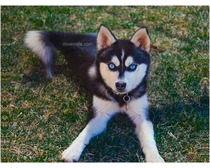