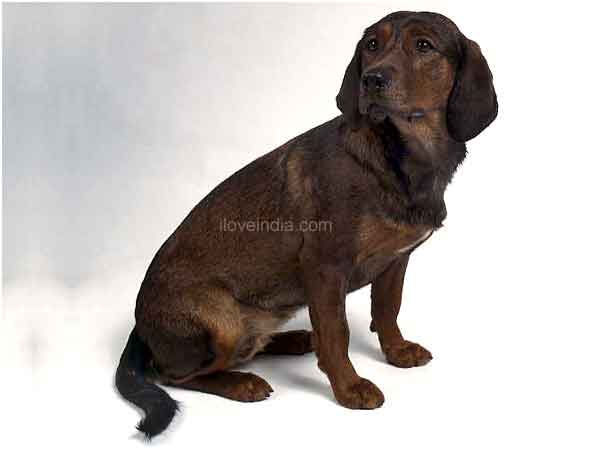 Weight: 15 to 18 kg (33 to 40 lb)
Height: 34 to 42 cm (13 to 16 inches)
Coat Type: Double coat, thick top coat and a dense undercoat
Alpine Dachsbracke is a breed of dog that was developed in Austria and is a member of the most valued scent-hound family. Though the breed is very rarely found in other parts of the world, it is widely recognized as an excellent hunting dog. These dogs resemble the Dachshund a lot in their physical appearance, although they are much larger and longer than the latter breed. Alpine Dachsbracke was initially used to hunt and track down wounded deer, along with wild boars, hare and even fox. These dogs are well built, sturdy and very muscular and are known to hunt tirelessly for hours together. Apart from this, the breed is also known to be very loyal and dependable. To know more about this unique and interesting species, read the information given below.
Appearance
Alpine Dachsbracke looks much like the Dachshund in its appearance and has a similar rectangular body. However, the breed has a relatively longer body, with longer legs. On an average, the dog weighs around 33 to 40 pounds and has a stout and well-muscled body. Looking at its structure, one can easily figure out that the dog is a strong hunter, with a skill to tract down even those preys that have gone cold. Alpine Dachsbrackes have lightly arched skull, with black nose and a strong, straight muzzle. Their dark brown eyes, with black pigmented eyelids, add to their rather cunning appearance. Their medium sized ears are set high and hang close to the sides of their head. The neck is moderately built and is very muscular. They have a rather straight and sleek back, with an elongated well-muscled trunk and a pronounced fore-chest. The dog has a double layered coat that varies in their shades, from black to tan and even brown. The dense undercoat covers its entire body, while the coat is thick and smooth at the top, except for the coat that covers their neck.
Personality
The sole purpose of developing and breeding the Alpine Dachsbracke was to create a hunting breed that could sustain the extreme environmental conditions of the Alps. And the outcome was flawless. The fearless, alert nature of the dog has proved it beyond doubt that it is an exceptionally skilled and tireless hunter. It is because of these qualities only that the dog is valued as the perfect home companion and the perfect guard. Apart from its unique skills as a master guard dog, the breed is also very lively, friendly and sociable. These dogs are extremely good with children and can easily tolerate other dogs, especially when raised together from an early age.
Grooming
Alpine Dachsbracke requires minimum maintenance and hence is very good to own and take care. A mere firm bristle brush over its double coat is enough to remove any kind of clinging burrs or dried up mud. To give the coat a high shine, a rubber curry will be sufficient. The dog needs to be dry shampooed occasionally and also bathed. However, frequent bathing is not advisable, as it will remove the natural oils present on the coat, thereby reducing its weather proof qualities. As the dog is very prone to ear infections, the ears should be checked frequently. Also, the nails need to be trimmed regularly. 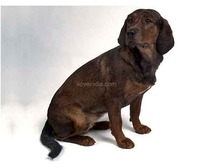 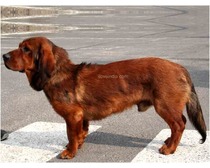