Burj Khalifa in Dubai has recently become the tallest building of the world, with a height of approx 828 m. Read the article to know about the tallest skyscrapers in the world.

Do you know that building tall structures also appears on the political agenda of many countries? Tall buildings and structures attempting to touch the sky have been symbolic of the prestige and pride of the nations since long. In this regard, U.S has been dominant in the first 90 years of the 20th century, being home to the tallest buildings of the world. However after the 1990’s, it met with stiff competition from the Asian countries. The Petronas Twin towers in Kuala Lumpur held the crown of being the tallest skyscraper of the world for a good many years. Recently, BurjKhalifa in Dubai has become the tallest building of the world. Read the article to know about the world’s tallest buildings. 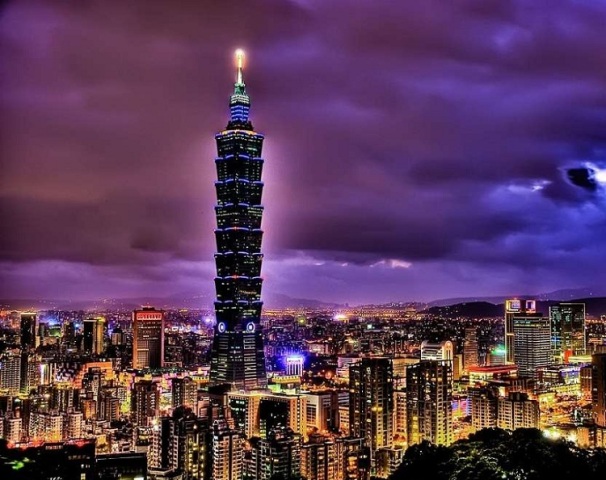 Image: Francisco [email protected]
World’s Tallest Skyscrapers
Burj Khalifa
Burj Khalifa, in Dubai, is the tallest man made structure to have ever been built. The building is approximately 828 m tall and the entire project cost about US $1.5 billion. Burj Khalifa was being constructed since September 2004 and its exterior was completed by October 2009. The building was officially opened on January 4, 2009.
Taipei 101
Taipei 101 is a landmark skyscraper in Xinyi District, Taipei, Taiwan. It is also known as the Taipei Financial Center. Until the opening of Burj Khalifa, it was the tallest building in the world. This iconic tower of Taiwan is reflective of the modern developments made by Taiwan. The huge tower comprises of 101 stories above the ground and five under it.
Shanghai World Financial Center
Shanghai World Financial Center is the third tallest building in the world, situated in Pudong, Shanghai, China.This financial centre consists of offices, hotels, conference rooms, observation decks, and shopping malls on the ground floors. The hotel component of this skyscraper is known as Hyatt Shanghai, which has 174 rooms and suites.  The Shanghai World Financial Center is 494.4 m tall.
International Commerce Centre
The International Commerce Centre is 484 m tall and is under construction in West Kowloon, Hong Kong. It is a part of the Union Square project, built on top of Kowloon Station. While its formal development name is Union Square Phase 7, the name International Commerce Centre was announced officially in2005.Once it is completed by the end of this year, this skyscraper will be the tallest building in Hong Kong.
Petronas Towers
The towering Petronas Twin Towers in Kuala Lumpur, Malaysia, are among the tallest buildings in the world. They made up the tallest building in the world before being surpassed by Taipei 101. The towers still remain the tallest twin towers in the world. They were designed by the Argentine Architect César Pelli, with the buildings standing tall after a construction period of seven years.
Nanjing Greenland Financial Center
The Nanjing Greenland Financial Center in Nanjing, China, is 450 m tall.  The building has 89 stories, consisting of office space and retail space in the lower section of the building and restaurants and a public observatory on the top. The tower overlooks the Xuanwu Lake and is the second tallest building in China.On the 72ndfloor of the building, there is an observation deck that provides a bird’s eye view of the Nanjing and the nearby Yangtze River.
How to Cite