While there is a fairly large number of popular vacation spots in the world, only some of them can be certainly categorized as “The Best”. Read on to know about world’s top vacation destinations.

The fondness for traveling, exploring the beauty of the world and taking a timeout from their superhuman schedules has made people embark on vacations since times immemorial. In fact, this is precisely the reason for the discovery of some of the most beautiful tourist spots of the world, replete with natural splendor and an equally enthralling culture. Most of the top tourist destinations of the world are a beautiful amalgamation of natural grandeur and manmade majesty, in the form of finest restaurants and hotels, historical monuments and other architectural beauties. The article comes up with some of the best vacation spots of the world. Read on to explore each one of them in detail. 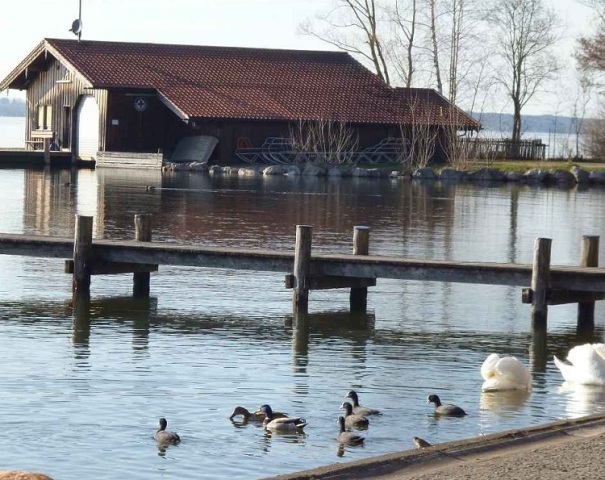 Image: [email protected]
World’s Top Vacation Destinations
Paris
The majestic capital city of France, Paris is one of the most beautiful and captivating vacation spots. It is one of the leading business and commercial centers of the world. One of the major global cities today, Paris is also counted amongst the most visited locations, by national as well as international tourists. With its beautiful monuments, superb architecture, mesmerizing historical avenues, and lush parks and gardens, this city of lights is a real treat to holidaymakers.
Spain
Spain is one of the most frequented countries in the world. More than 50 million tourists visit Spain annually, making it one of the most popular tourist destinations across the globe. The famous cities of Barcelona and Madrid have been the major attractions for the holiday makers since a really long time. Ethnic Spanish food and wine are the other attractions that make the country one of the ideal locations for a luxurious vacation. Spain is also home to some of the world’s most beautiful architectural designs.
Italy
Italy has been one of the most favored tourist destinations, which has enthralled and enchanted the die-hard romantics since a fairly long time. Scrumptious Italian cuisines, including the world famous pasta and some of the best Italian wine, await the holidaymakers in one of the most charming countries of the world, known for its beguiling beauty. Italian art and architecture, breathtaking locales and a splendid and warm culture are the other attractions of this wonderful tourist location.
Egypt
Egypt proves to be a lucrative travel destination for the people of theMiddle East, Africa and Europe from ancient times. The world famous Pyramids are the most striking, magnificent and intriguing feature of this fascinating country. Old historical monuments, ancient temples and bustling markets are some of the most attractive and inviting attributes of Egypt. The country is also famous for its beach resorts and archaeological sites.
Mexico
Within the Latin American region, Mexico is the most popular destination for foreign tourists. In terms of international tourist arrivals, Mexico ranks tenth worldwide. Meso-American ruins, colonial cities, and popular beach resorts are some of the most notable tourist attractions of Mexico. The temperate climate and unique culture of the country is also an inviting feature for holiday-makers. No wonder, tourism forms one of the main money churners for the Mexican economy.
How to Cite