The hot spot of revelers in India, the state of Goa boasts of many vibrant sun-kissed beaches, each having its own distinct ambience. Read this article to learn about the beach vacation spots in India

The moment one talks of Goa, one is reminded of golden sun-kissed beaches, refreshing coconut milk juice, vibrant bazaars and fun-filled evenings. The enchanting little state of Goa located on the west coast of India is the ultimate fun-capital. Among the chief local enticements are its exotic beaches that attract tourists not only from within the country but also from across the globe the year round. 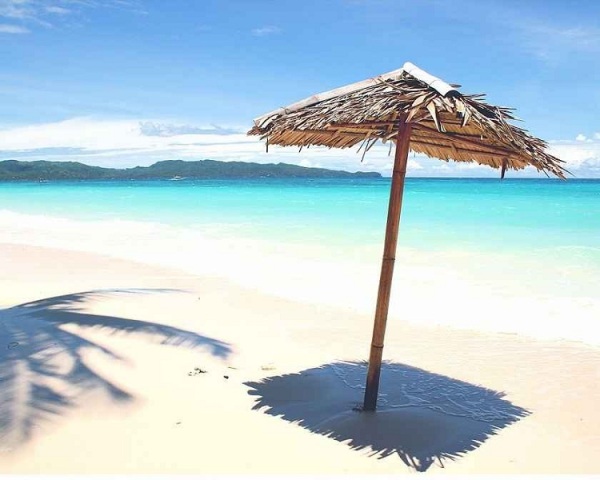 Image: By Angelo Juan Ramos from Makati City, Philippines (Perfect Day) [CC-BY-2.0 (http://creativecommons.org/licenses/by/2.0)], via Wikimedia Commons
The coast of Goa faces the Arabian Sea and runs in almost a straight, uninterrupted line, broken only by the outlets of the state's seven rivers. Infact, of Goa’s 75 miles of coastline, more than 50 miles comprises the beach. The Goan climate is quite moderate with slight alteration over the year, which signifies that you can savor the local flavor and gallivant across the numerous beaches anytime of the year.
The best feature about the Goan beaches is that each nurtures a distinct ambience. Here’s a brief info about the best beaches in Goa:
Palolem Beach
The loveliest of all beaches in Goa, Palolem is surrounded by hills on both its sides, which in turn creates a calm, tranquil sea in which you can walk upto 100 metres. It is Goa's southernmost beach, located around 35 miles south of the capital city, Panaji. Local boatmen will proffer to take you out in cute little boats into the sea to see the dolphins.
Agonda Beach
If you are looking forward to spending some time just by yourself away from the entire hubbub, then hit the Agonda beach. It’s situated north of Palolem. The Agonda beach is lined by palms trees, whereas a hill towers from the southern side.  Here you will see not see even shops or any other facilities. So it’s suggested that you carry eatables and necessary items with you.
Mabor Beach
The Mabor beach is located close by from the Agonda beach and its one of the cleanest in Goa. You can choose to stay at any of the hotels located here. An interesting feature about the Goan beaches is that they are generally named after some village situated nearby.
Colva Beach
Moving north, you will reach the Colva beach. It’s a fascinating place carpeted an impressive stretch with silken sand. This one’s a very popular beach in Goa and is visited by maximum tourists. As such, Colva is spotted with curio shops, motels, restaurants and hotels. Carnival ambience envelopes the Colva any time of the year.
Bogmolo Beach
Bogmolo beach located south of the state capital Panaji in Goa is regarded the best for swimming purpose. The reason why it is so well-liked accrues from the fact that Bogmolo was among the very first Goan beaches discovered by the tourists and revelers. Once there, you will also see fishermen at work.
Miramar Beach / Gaspar Dias

The Miramar beach or Gaspar Dias is located within the Goan capital Panaji. Infact, it is only around a couple of miles away from the city center. Miramar too is quite popular for swimming. Nearby is the Dona Paula Beach – a venue offering water scooters and speedboats to adventure lovers.

Apart from these beaches, there’s also the Calangute beach that was the ideal hot spot for hippies way back in the 60's and 70's. Anjuna is another old favorite of locals and tourists alike. Whereas, at the photogenic Vagator beach you will see steep slopes running into a beautiful bay surrounded by small rocky peninsulas.