Gaucho clothes represent the traditional dress of people residing in Argentina, Uruguay and Brazil. Explore the article to know what a gaucho dress is and also how to wear one.

What Are Gaucho Clothes

The term ‘gaucho’ describes the cowboys residing in the South American pampas, chacos or Patagonian grasslands found mainly in Argentina, Uruguay, Southern Chile and Southern Brazil. The traditional outfit worn by the gauchos of these countries is called the gaucho dress. The outfit usually includes a poncho, a facon (large knife), a rebenque (leather whip), and loose fitting trousers called bombachas, belted with a tirador or a chiripa (a piece of cloth used in the fashion of a diaper). The ponchos are made of heavy wool to protect the wearer from cold in the winter season. Today, the gaucho dress is not only worn by the gauchos, but also by the general public. It has become a fashion statement and designers from Argentina have developed and improved the original designs. The gaucho clothes are also worn by polo players and fans, as an association with the polo environment. Read the lines below to know more about the elements of a gaucho dress and also explore how to wear it. 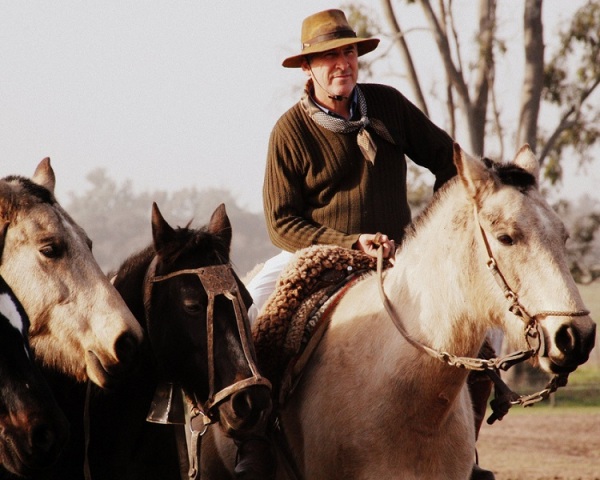 How To Dress Hip Hop

How To Wear A Bra With Off-The-Shoulder Dresses

How To Wear Layered Clothing