Initially, when the bras were developed, the main aim was to provide women with a strong support for their breasts and thus, help them in getting rid of problems like sagging breasts and backaches. With time, bras have evolved to a great degree and their use has been evolved from just being an undergarment. Today, over fifteen types of bras are available in the market. The problem is that not all of them are good for the breasts. In order to help you make the best selection, we have explained what the different types of bras are, along with the use they are meant for. 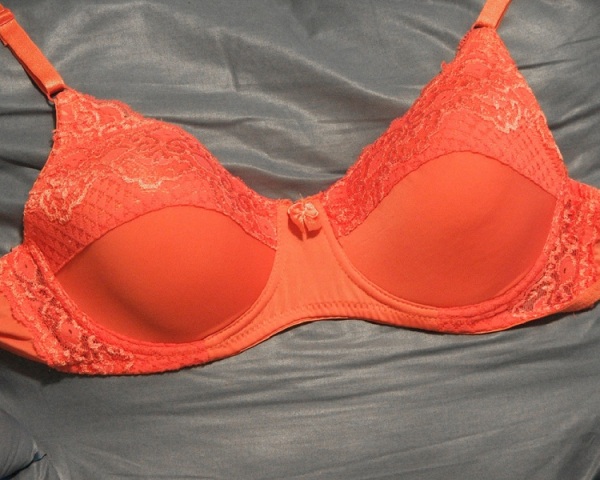 Image: Roselyn [email protected]
Training Bra
The training bra is smaller in size than the standard bras and comes without under-wire support. It is meant to be used by preteen or teenage girls, which are still undergoing breast development.
Full Cup Bra
Full cup bra is the standard bra, which comes with under-wire support and covers most of the breast. It provides complete support and is meant for women who have heavy breasts.
Demi Cup Bra
Demi cup bra comes till only half of the breast, in such a way that the main part remains covered. It is the best used by women who do not have heavy breasts and usually wear clothes with deep necklines.
Padded Bra
Padded bra, as the name suggests, comes with padding inside the cup linings. This bra is best for those who have smaller breasts and even teenage girls, whose breasts are still developing and are not full.
Underwired Bra
Underwired bras have wire under the cups, mainly provided for the purpose of supporting the breasts. This type of bra is recommended for women who have sagging breasts.
Strapless Bra
Strapless bra either comes without straps or has straps that can be removed as and when desired. This bra is mainly worn with clothes that require one to bare the shoulders, like tube tops, halter necks, off-shoulder dresses, etc.
Convertible Bra
Convertible bra is the one that comes with detachable straps. One can arrange them according to need. Women usually buy this bra for wearing with clothes that are either backless or require baring of the shoulders.
T-shirt Bra
T-shirt bras are the ones that come without any seams on the cups. As the name suggests, they are usually worn by women under tight-fitting or body hugging t-shirts.
Minimizer Bra
Minimizer bra is the bra that helps make the breasts look a size or two smaller. This bra is the most sought after by women who have been endowed with heavy breasts.
Maximizer/Push-up Bra
Also known as the Push-up Bra, the Maximizer bra has extra padding and is built in such a way that it lifts the breasts and emphasizes cleavage. This bra is recommended for women who have small breasts.
Sports Bra
Sports bra is made of a stretchable material and helps in keeping the breasts in place during motion. This bra is mainly used by sportswomen or those who indulge in rigorous physical exercise.
Built-in Bra
Built-in bras comes embedded into dresses and eliminate the need of wearing a bra altogether. They can be standard, underwired or padded. They are usually worn under swimsuits and backless dresses.
Maternity Bra
Maternity bra is meant to be used by a woman during pregnancy. This is because during this period the breasts of a woman become heavier, larger and more sensitive. This bra is adjustable and helps provides more comfort.
Nursing Bra
Nursing bra, as the name suggests, is worn during the breastfeeding phase. This bra comes with flaps that can be unclasped or pushed to the side. This ensures that the breasts get support while feeding.
Mastectomy Bra
Mastectomy bra is intended for only those women who have undergone mastectomy (breast removal because of cancer). It has cups with pockets in them. The pockets keep breast prostheses in place and simulate the existence of breasts.
How to Cite