Pushup bras are one of the sexiest lingerie items for women. To know what is push up bra, read on.

A push up bra is one of the sexiest lingerie items worn by women. Most of the women are not only aware of the wondrous effect of the pushup bra, but it has become an integral part of their wardrobe. However, if you are still in the dark about the same and wish to know what a pushup bra is, we can tell you that it is a phenomenal bra, which pushes the breasts upwards, towards the center. In effect, it provides the wearer a terrific cleavage, enhancing her sexual beauty and charisma. To provide the desired result, it is wired and very low cut in front. 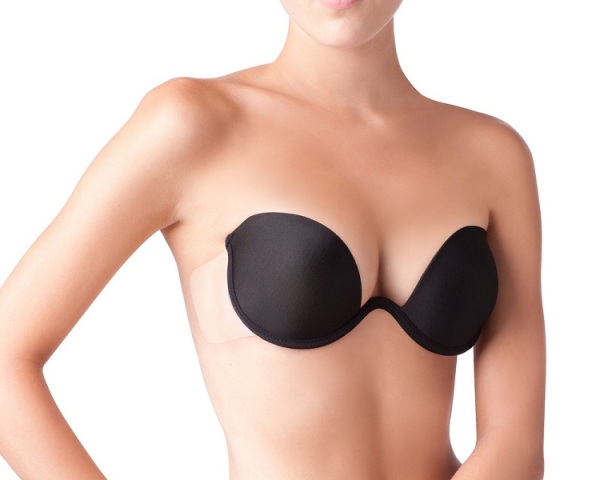 Image: CG [email protected]
The cleavage formation takes place due to the special cut of the bra cup in three parts, which push the breasts up from the center as well as the sides. It even serves to be a solution for those women whose breasts have sagged. With the help of a push up bra, it becomes easier for them to wear deep plunging necklines, exuding a perfect shape. It is a must if you are partying and wish to don low-cut blouses, tops or dresses, especially if you do not have a prominent cleavage naturally.
Background
This sexy lingerie gained fame after being launched by the famous brand Wonderbra, in the mid 1990s. In the company's “Hello Boys” advertisement, supermodel Eva Herzigova displayed her perfect breasts in a black, lacy push-up. This made the brasserie highly popular, persuading many brands to launch their own versions later. With this, women attained a weapon to escalate their physical beauty to a great extent. No wonder, push - up bras have been listed amongst the top fashion favorites of the 21st century women.
Significance
As much as the push up bra has come to be associated with female sexuality. It has also triggered off a debate pertaining to the negative and restrictive side of gender politics. These bras came to be symbolized with female submission in the 1970’s, as they practically bind the chest to achieve a more feminine appearance. This debate led to the famous bra burning exercise during that time. However, counter-arguments have been presented by defenders that pushup bras celebrate a woman’s curves. They have been associated with sexuality in its most blatant form and over emphasis on enhancing the female cleavage, which are also the reasons why they captured the fancy of so many.
Types Of Push-up Bras
Push up bra is available in different types. The molded cup padded bras offer to give a slight reshape to the breasts, by giving a slight lift to the underside of the breast. Some push up bra come with pockets of air or water on the inside and the breast is placed on their top, which creates more lift and an upward thrust. There is also a type of push up bra which has a high and mostly flat baseline, and tight and restrictive cups. This helps lift the breasts high and sort of rest on a shelf. Maximum lift is created in this bra and natural movement is also good.
How to Cite