There are numerous tourist places near Mumbai. Get to know more about places to see near Mumbai.

Mumbai is the ‘City of Bollywood’, the ‘Dream City of India’ and the ‘City that Never Sleeps’. People come from different corners of the world to explore the majesty and grandeur of the city that we call ‘Mumbai’. It has many things to offer to the tourists, in the form of attractions as well as excursions, that you will find it difficult to cover all of them in a single visit. Right from beaches to monuments to gardens to museums, the city has it all. 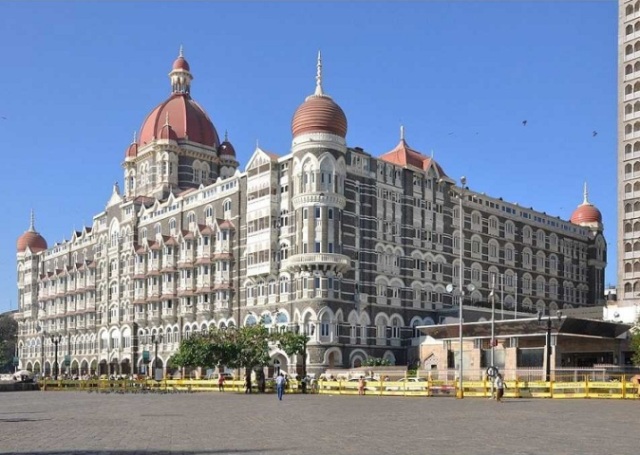 Image: Joe Ravi [CC-BY-SA-3.0 (http://creativecommons.org/licenses/by-sa/3.0)], via Wikimedia Commons
Explore the serenity offered by Siddhivinayak Mandir, lose yourself amidst the rolling sands of Juhu Beach or fall in the love with the lush greenery of Victoria Gardens! Add to this the picturesque tourist places near Mumbai that form a part of its excursions and you wouldn’t feel like coming back from the city. Be it the scenic environs of Lonavla or the beautiful paintings of Ajanta Caves, the tourist places around the city will surely take away your heart.
Tourist Places near Mumbai
Lonavla
One of the most beautiful hill stations situated in the vicinity of Mumbai, Lonavla is sure to leave to leave lasting memories in you mind. The picturesque hill station also offers a number of trekking trails for the adventure enthusiasts. The Buddhist caves of Bhaja and Karla, situated near the hill station, add to its appeal amongst the tourists.
Khandala
Situated at a distance of approximately 100 km from the Mumbai city, Khandala forms one of its most popular excursions. The hill station has been blessed with natural beauty in plenty and the peaceful locales it offers provide you the perfect breather from the hubbub of city life. Even a single day trip to Khandala will leave you feeling relaxed and refreshed.
Alibag
When the talk is about the tourist places around Mumbai, how can one forget Alibag? Home to the farmhouses of the who’s who of the Bollywood city, the coastal town practically mesmerized by the ten beaches situated in its vicinity (including the Alibag Beach). The huge Kulaba Fort, sited nearby, adds to the attraction of the town.
Mahabaleshwar
Forming a part of the Satara district of Maharashtra, Mahabalshwar is one of the most preferred weekend getaways of Mumbaiites. The luxuriant greenery of the forests, combined with blooming valleys and steep gorges, makes the hill station simply magnificent. Not to forget are the surging waterfalls and pouring springs that simply add to the mesmerizing beauty of Mahabalshwar.
Panchgani
Towering at an altitude of approximately 1334 m, Panchgani is a hill station that has been attracting tourists since decades. The five hills, that have provided Panchgani with its name, serve as the perfect backdrop to the beauty of the place. The numerous view points of the hill station, its beautiful valleys and the numerous trekking trails offered by it lure visitors from far and wide.
Elephanta Caves
Situated on the Elephanta Island, just off the coast of Mumbai, are Elephanta Caves. These caves basically comprise of the rock cut temples and have been found to date back to the 5th century. The caves cover an area of 60,000 sq ft and can be entered from three sides. Amongst the most popular attractions of the cave is the magnificent 20 ft statue of Trimurthi Sadasiva (Lord Shiva).
Ajanta and Ellora Caves
Ajanta and Ellora Caves, one of the UNESCO World Heritage Sites in India, have been one of the favorite destinations of tourists coming to the country. These caves comprise of beautiful paintings that seem to tell us about some of the phases of Indian history. The 30 caves of Ajanta basically comprise of Buddhist chaitya-grihas and monasteries, all of them adorned with exquisite paintings.

On the other hand, Ellora Caves represent the three different religions of the world - Hinduism, Buddhism and Jainism. These caves are approximately 34 in number and date back to somewhere around 5th to 10th century AD. Kailasa Temple, situated inside cave 16, is dedicated to Lord Shiva and is one of the highlights of the cave. Ellora Caves also serves as the venue of Ellora Festival, which seeks to celebrate the culture of Maharashtra.