Pune is home to many fascinating tourist attractions of Maharashtra. Explore places to see in Pune, and learn about various sites of tourist interest in the city.

With well-deserved sobriquets like ‘Cultural Capital of Maharashtra’, 'Oxford of the East', ‘Queen of Deccan’ etc, the city of Pune in Maharastra boasts of being the second largest city of the state, and the eight largest all over India. Positioned on the fringes of the Deccan Plateau, near to the Western Ghats, at an altitude of 560 m, this hilly city with its quintessential charm and cosmopolitan image, sees many visitors every year. Besides, the heavy populace of students in Poona owes the city its heaving nightlife. With this article, explore some of the best places to see in Pune and get an idea of the various places of tourist interest in the Indian city. 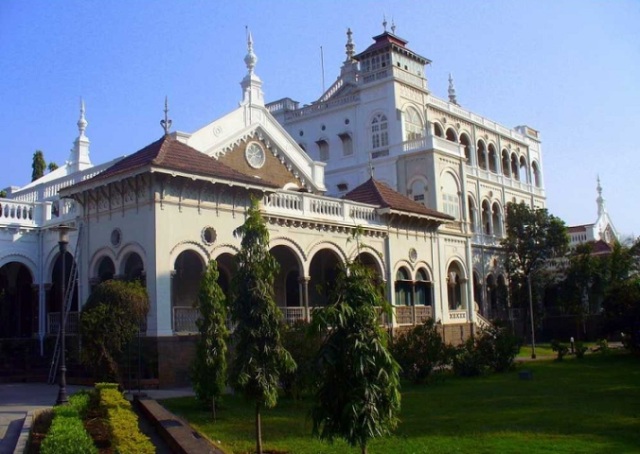 Image: By http://www.djoh.net [CC-BY-2.0 (http://creativecommons.org/licenses/by/2.0)], via Wikimedia Commons
Pune Tourist Attractions
Empress Garden
The Empress Garden, with its fruit-laden tropical trees has been a major getaway of Pune since the colonial era. Also known as the ‘Soldiers Garden’, this botanical paradise stands near the Pune Race Course and stretches over an area of approximately 59 acres. There is also a small zoo located inside the park, which form another of its major highlights.
Mahatma Phule Museum
Mahatma Phule is a distinguished museum of Pune located on the Ghole Road of the city. With a history that dates back to 117 years, the museum with its compilation of priceless artifacts forms a major tourist attraction of the city. Prominent items put on display are industrial products, agricultural articles, and varieties of handicraft items.
Raja Dinkar Kelkar Museum
Established in 1962, by Baba Dinkar Kelkar, a renowned art connoisseur, this museum was donated to the Maharashtra Government in 1975. The museum stores more than 20,000 valuable objects culled across India, many of them belonging to the 18th and 19th century. However, only 2500 objects form its exhibits, which include many antique objects, images and instruments.
Aga Khan Palace
This monument saw its establishment in 1892, under the imperial command of Imam Sultan Muhammad Shah Agakhan III and today commemorates Mahatma Gandhi and his wife Kasturba Gandhi. The palace ground holds their samadhis. There is also a museum and picture gallery exhibiting various artifacts related to Gandhi and his life. As such, the place brilliantly represents certain aspects of the freedom struggle of India.
Katraj Snake Park
The Katraj Snake Park located in Katraj, on the Pune Satara Highway, is a snake farm that domiciles about 160 varieties of exotic snakes. Apart from snakes, the place is also home to different other reptiles and birds. A zoo has been recently incorporated to the park, thus making it one of the most frequented tourist destinations of the place.
Tribal Museum
The Tribal Museum of Pune is the best place to understand and appreciate the tribal heritage of Maharashtra. Located on Queens Road, the museum with its marvelous collection of objects brings to light, the lifestyle, culture, mores and tradition of the tribal people of the state. Especially, lives of people belonging to Sahyadri and Gondhavana regions find skillful delineation.
Accommodation
Pune witnesses huge tourist traffic in the form of students, business travelers, and leisure sightseers. Thus, the place has a huge number of good hotels and resorts to cater to the individual needs of different visitors. There are many luxury hotels in Pune, two of the most distinguished 5-stars being Hotel Taj Pune & Hotel Le Meridien. Amongst the best 4-star ones are Aurora Towers Hotel and Brookside Hotel. There is also a wide variety of 3-star hotels in Pune, including landmark names like Ashirwad Hotel, The Senator Hotel and Woodland Hotel. For those looking for a comfortable stay at reasonable rates, economy hotels like ‘Alankar Hotel, Homeland Hotel and Kapila Hotel are best of the lot.
How to Reach
By Air
Pune Airport is located in the Lohagaon area, at a distance of approximately 10 km from the city.
By Rail
A good rail layout easily links Pune to various parts of the country. Besides, the Pune Railway station acts as a major stopover for many important trains.
By Road

Pune has a good system of motorable roads. The Mumbai-Pune Express Highway greatly facilitates road travel to the place.