Thomas Hardy, remembered as a poet and novelist, is well-known for influencing the modern English poetry. Check out this biography to know about his childhood and life. 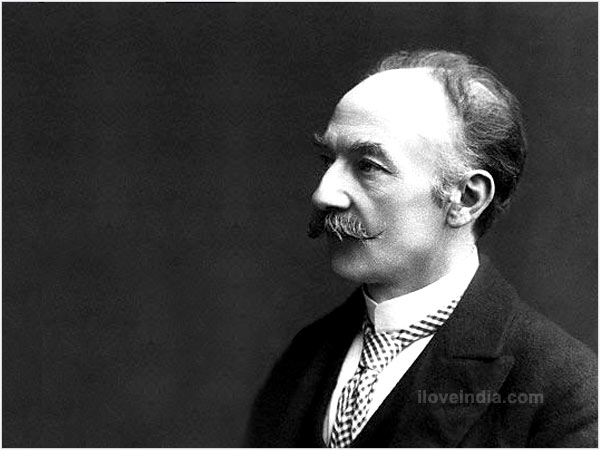 Born In: Stinsford, Dorchester, Dorset, England
Died On: January 11, 1928
Career: Author,Novelist, Poet, Dramatist, Short Story Writer
Nationality: British
‘Tess of the d'Urbervilles’ and ‘Far from the Madding Crowd’ are two books that best relate Thomas Hardy as a novelist. Though Thomas was primarily a poet, he is, even today, renowned for his fictional work that helped him earn his living throughout his life. His works largely depict the elements of naturalism, supernaturalism, and romantic and enlightenment periods of literature. A great man of English literature, Thomas Hardy was bestowed upon with the Honorary Doctorates of Literature by the University of Cambridge in 1913 and by the Oxford University seven years later in 1920. In the following lines, we have provided detailed information on the childhood and life of Thomas Hardy.
Early Years
Thomas Hardy was born to Thomas Hardy Sr. and Jemima Hand, in the village of Higher Bockhampton, in the parish hamlet of Stinsford, in the east of Dorchester in Dorset County, England. His father was a stonemason and building contractor, while his mother was well-read. The first of the four children, Thomas Hardy had imbibed a love for music from his father and an appetite for learning and exploring the delights of the countryside about his rural home from his mother. Weak as a child, Thomas started his formal education at the village school only when he was eight years old. A year later, he was transferred to the school in the county town of Dorchester. He was a voracious reader and studied Latin, Greek, French and classical literature. Apart from that, Thomas also learned to play the violin. However, his education came to halt at the age of 16 due to lack of financial support his family. Later in 1862, he enrolled into the King’s College, London to study architecture. Though Thomas continued with architecture, his heart was where his books were. He was a “born bookworm” and hence, proceeded with writing literature, despite studying architecture. Though he miserably failed at literature initially, this did not stop him from writing.
Early Career
Thomas was apprenticed to become an architect and hence, he worked under architect John Hicks, who specialized in restoration of churches until 1862. Although Thomas won several prizes and accolades from the Royal Institute of British Architects and the Architectural Association, he was always eager to return home. As far as his interest in literature is concerned, with an increased interest in social reform, Thomas became attracted towards the works of John Stuart Mill.
As a Novelist
While studying architecture in London, Thomas met Henry Moule who later became his friend and mentor. Thomas was widely fascinated by the city’s vibrant literary and cultural atmosphere, which induced him to visit the National Gallery and start writing prose and poetry. ‘How I Build Myself A House’ was his first published story that appeared in Chamber’s Journal in 1865. He wrote his first novel titled ‘The Poor Man and the Lady’ in 1867, but it was never published. Nonetheless, he began working on his next novel ‘Desperate Remedies’ in 1871 followed by ‘Under the Greenwood Tree’ in 1872 and ‘A Pair of Blue Eyes’ in 1873. However, his major break came with the novel ‘Far From the Madding Crowd’ released in 1874 and since then, there was no turning back for this ace writer. After the release of the controversial ‘Tess and Jude’, Thomas started off with penning plays as well. He has also a few short stories to his credit.
As a Poet
Thomas Hardy’s first volume of poetry came with a collection of poems written for more than 30 years as ‘Wessex Poems’, published in 1898. ‘Poems of the Past and Present’ followed in 1902. Thomas declared poetry to his first love which he continued to show until his death in 1928 through publishing collections. His motivation behind poetry was the death of his first wife, Emma in 1912. This was evident from some of the most beautiful poems that he had penned in the memory of the love that the couple had shared together.
Marriage
Thomas Hardy met his first wife Emma Lavinia Gifford, sister-in-law of the vicar of St. Juliot in Cornwall while on his architectural mission to restore the same parish church. Despite her higher social position, the two fell in love and married four years later in 1874. Unpredictably, Emma died in 1912 which left Thomas stricken with remorse and trauma. In 1914, Thomas married for the second time with his secretary Florence Emily Dugdale, 39 years his junior. Nonetheless, he was largely moved by his first wife’s death and wrote a lot of poetry in order to overcome her loss.
Death
Thomas Hardy’s health started deteriorating in December 1927, after he fell ill with pleurisy. On January 11th 1928, Thomas left for the heavenly abode at his residence Max Gate in Dorchester. The funeral, held on January 16, 1928, turned out to be a controversial occasion as Hardy and his friends had wished for burying his body in the same grave as Emma while his executor, Sir Sydney Carlyle Cockerell wanted his body to be buried in the abbey’s famous Poets’ Corner. As a result, his heart was buried at Stinsford in the grave of his first wife, while the ashes rest in Poets’ Corner.
Selected Works
Timeline
1840: Born in Stinsford, Dorchester, Dorset, England
1862: Registered in King’s College, London
1865: First story ‘How I Build Myself A House’ was published
1874: First published novel, ‘Desperate Remedies’
1874: Married first wife, Emma Lavinia Gifford
1898: ‘Wessex Poems’ was published
1913: Bestowed with the Honorary Doctorates of Literature, by the University of Cambridge
1914: Married second wife, Florence Emily Dugdale
1920: Honored with the Doctorate of Literature by the Oxford University
1928: Died at the age of 87 in Dorchester, Dorset, England
How to Cite