Elizabeth Barrett Browning is considered to be one of the most respected and successful woman poets of the Victoria era. Browse through this article to know about her childhood and life. 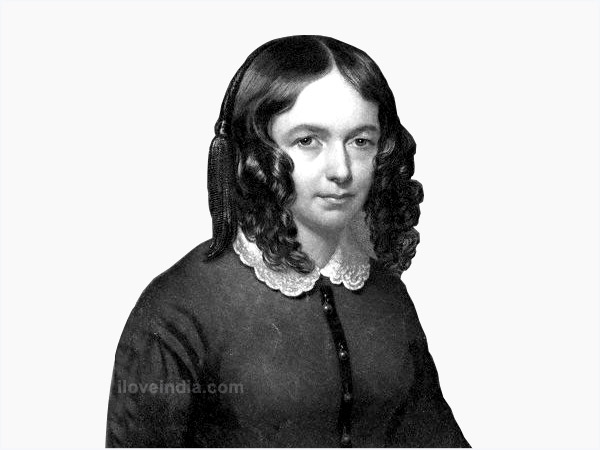 Born In: Kelloe, Durham, England
Died On: June 29, 1861
Career: English Poet, Political Thinker, Feminist
Nationality: English
Known for the most enduring poetry ‘Sonnets from the Portuguese’, Elizabeth Barrett Browning enjoyed great popularity in the field of English poetry. An invalid, opiate addict and great poet, Elizabeth Browning is remembered for some of her greatest contributions during the Victorian era of the 19th century. Through her pen, she spoke on the various issues of social injustice, such as slavery, child labor and oppression of women. Also, her political views of the struggle in Italy with Austria are worth giving a mention. Read on further to know more about this legendary English poet, Elizabeth Barrett Browning.
Early Years & Education
The eldest of the twelve children, Elizabeth Browning was born at Coxhoe Hall, between the villages of Coxhoe and Kelloe in County Durham, England. He was born to Edward Moulton-Barrett and Mary Graham-Clarke. Her father earned his living and fortune from sugar plantations in the British colony of Jamaica. What was exciting about the family was that everyone had a nickname, with Elizabeth’s being “Ba”. Though Elizabeth was baptized a week after she was born, she was once again baptized in 1809 in the Kelloe Parish Church. The same year, her father bought the 500-acre estate ‘Hope End’, near the Malvern Hills in Ledbury, Herefordshire. With this, Elizabeth benefited from a privileged life along with her eleven younger siblings. She was given a large room with stained glasses on the windows.
Elizabeth received most of her basic education at home where she learned Greek, Latin and many other modern languages. Since childhood, she was a voracious reader, which was further encouraged by her father, when he exposed her to his classical library. Although she was frail, but she apparently had no health problems until 1821 when she was diagnosed with a nervous disorder and often suffered from headaches, weakness and fainting spells. Also, her mother’s health started deteriorating and her father gradually lost all his wealth. Her mother passed away in 1828 when she was 22. Eventually, her father had to sell their ‘Hope End’ estate in 1832, due to the Abolition Movement. Hence the family shifted to London.
Early Career
Elizabeth Browning was a quick learner and initially generated interest in writing. This became evident when her first volume of verses ‘The Battle of Marathon’ was published in 1820 at the age of 14, followed by ‘An Essay on Mind’ in 1826, printed at her father’s expense. Other works were also printed, but her major break came with ‘The Seraphim, and other Poems’ in 1838, which gained critics’ attention. Since then, Elizabeth did not look back and went ahead to become a distinct and renowned poet. Her poems like ‘The Runaway Slave at Pilgrim’s Point’ and ‘A Curse for a Nation’ were some pieces that opposed slavery, depicting Elizabeth’s support for the abolitionist cause.
Her 1842 poem ‘The Cry of the Children’ criticized child labor, which later helped in bringing up child labor reforms. Meanwhile, she even penned critically acclaimed prose pieces for ‘A New Spirit of the Age’. ‘A Drama of Exile’, ‘A Vision of Poets’ and ‘Lady Geraldine’s Courtship’ were some other prominent works published in 1844. The wealthy and convivial friend, John Kenyon encouraged her to write further. Her 1844 ‘Poems’ made her one of the most popular poets in the land. Her epic love poem ‘Aurora Leigh’ was completed, during her tour to London. Though it was not appreciated by critics, it gained immense popularity.
Marriage
Courtship and marriage was secretive to Elizabeth Browning. Her biggest fan Robert Browning inspired her to write, confessing how much he loved her poems. Good friend John Kenyon arranged for their meeting in 1845, which later was termed one of the most famous courtships in literature. Robert was six years her junior and an invalid, but that did not stop the two from romancing each other. Elizabeth got privately married to Robert in the August of 1846, at St. Marylebone Parish Church. The couple flew off to Italy accompanied by Elizabeth’s loyal nurse, Wilson. Like every other child, Elizabeth, too, was disinherited from Barrett’s fortune, after she got married. Marriage proved beneficial for Elizabeth, as she got healthy and gave birth to son Robert Wiedemann Barrett Browning (nicknamed Pen) in 1849, at the age of 43.
Death
Elizabeth’s health once again started declining after her old friend GB Hunter and her father died. This time, the reason for her fading health was deteriorating lung function. The entire family shifted to Siena, from Florence, at the Villa Alberti. Months before her death, she wrote a small volume of political poems named ‘Poems before Congress’, which are considered to be some of the most forceful and beautiful lyrics. On June 1861, Elizabeth breathed her last in her husband’s arms with a “smile on her face”. She was buried in an elaborate Cararra marble tomb in the English cemetery in Piazzale Donatello in Florence, Italy.
Selected Works
Posthumously Published Works
Timeline
1806: Born in Kelloe, Durham, England
1820: First poem ‘The Battle of Marathon’ is published
1821: Suffered a nervous disorder
1826: First collection of poems ‘An Essay on Mind, with Other Poems’ was published
1838: Got a major break with ‘The Seraphim, and other Poems’
1846: Married Robert Browning
1861: Died at the age of 55 in Florence, Italy.
How to Cite