Finding it hard to manage your difficult tresses? An inverted bob haircut is the right thing for you then. Listed here are some hairstyles of the inverted bob.

A number of celebrities such as Rihanna, Victoria Beckham and Katie Holmes swear by the bob haircut. Paris Hilton says – “I may run around in sweatpants, but my hair always looks awesome”. Bob hairstyles are very stylish in the fashion industry, the glamour world and among most other people. They can be sported both by teenagers and adults, with as much spunk and sophistication as the other. More than anything, they are easy to maintain. There are several kinds of bob hairstyles – asymmetrical, curly and inverted being three of them. An inverted bob is a trendy kind of hair-cut involving hair till the cheek bones and the sides are as long as the front. It appears longer in front than at the back, giving it an appearance of medium length hair. But before jumping into the saloon for a haircut, spare a thought your hair type and the kind of bob you want! When you’ve made up your mind, read ahead: 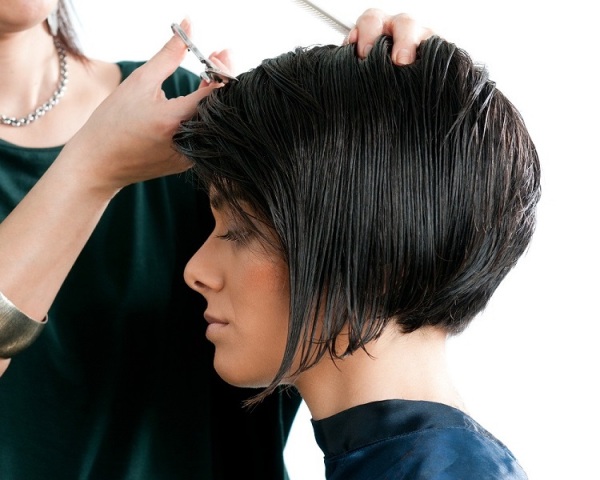 An inverted bob typically looks like a stacked appearance (shorter at the back) giving a great deal of importance to the crown area. The longer layers frame the edges of the face and the back tapers to the neck. There are 2 kinds of inverted bobs: