Staying away from your home? Do you miss your room, especially your personal TV? Do you have a PC? Then worry not for you can watch TV on your computer. Here’s how to go about with it.

How To Watch TV On Computer

There was a time when televisions were black and white and were only used to broadcast news from around the world. Just like TV, computers too had a modest beginning, what with them looking like complex machines that performed operations limited to basic mathematics. Who would have thought that these distant cousins with different job profiles would join hands and take over the world as never before, so much so that we would be able to hook up our computer to the television and watch television on our computer? No longer, are computers used only at work, or at home to do boring stuff such as maintaining personal finances and emailing. Computers are now considered to be an entertainment unit as a whole, with the horizon as broad as the sky - work stuff, browsing for knowledge, emailing for communication, social networking, watching movies, and listening to music. Is something left? Well, watching television on computer is the recent and latest entertainment option that computers are providing us with. From one television in one house to one television per room to television on your computer; it just isn’t stopping, is it? With infinite number of TV shows marked as favorites and only a finite number of televisions in one household, no wonder this trend of converting a computer into an idiot box is booming. Continue reading and learn about ways to watch television on computer, if you too want to pet name your computer from PC to an ‘Extension of Idiot-Box’. 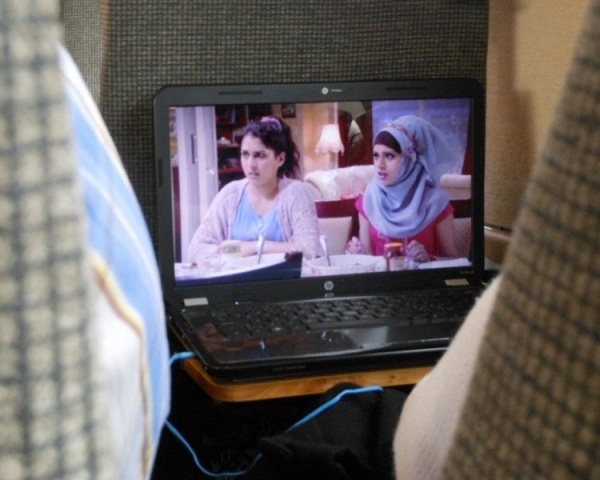 Watching TV On Computer
TV Tuners For PC
The most common way of watching television on your computer is by hooking up a TV Tuner card in it. A TV Tuner card is a hardware device with lots of jacks, (connections at the back of your TV where you connect the cable wire), that allows a computer to have an interface like a television. A TV Tuner card is available at prices ranging from Rs. 1000 to Rs. 4000. A higher-end card provides you with optimum video quality. A dual-tuner card will allow you to record TV shows onto your hard drive, while you sit back and enjoy some other TV show on it with a nice bowl of popcorn and a glass of a cold beverage.
TV Tuners For Computer Monitors
If you have a computer monitor just sitting there by itself, sighing in anticipation, for someone to give it company, buy a TV Tuner for your lonely monitor. It works the same as a normal TV tuner would, only, it doesn’t require the presence of CPU to power up the monitor. This type of TV Tuner comes with a box of in-built tuner/card, which needs to be connected to the monitor and turned on. Do this and voila! You would get to see all your favorite shows, in a matter of seconds.
Online TV
Another option for watching TV on your computer is by having access to various websites that provide live, as well as recorded telecast for the TV shows. Disadvantages being – there are only a limited number of shows that are made available over the internet, and you need a high-speed broadband connection to watch them without getting stuck in buffering zone over and over again. High speed broadband is still catching up in India and whatever, close to being high speed broadband we have, costs nearly and more than (depending on the speed) Rs. 1000 per month.
IPTV
Internet Protocol Television (IPTV) is a system by which television services are provided via the architecture of internet networks instead of radio signal or satellite signal. Internet service providers like Airtel, BSNL, and MTNL provide IPTV services at prices ranging from Rs. 600 to Rs. 2000. There are different tariff plans for different channel packages. Few disadvantages being - video quality is lost due to data compression and the quality is not as good as that of DTH services or high-end TV Tuner. Also, IPTV requires high speed broadband and pockets full of cash on a regular basis.
If you have a computer that nobody else uses, and televisions that nobody else spares, then these ways to watch TV on Computer will surely put a rest to all your “getting frustrated time”.
How to Cite