Metal detectors are primarily designed to detect metals that are either concealed or dug deep under the ground. This article explains the working of a metal detector.

The word ‘metal detector’ is envisaged differently by different people. While some assume it to be a handheld scanner at a concert or sporting event, there are others who relate it to the airport security. Yet others also think of it as an effective device for combing a beach for coins or buried treasure. Undoubtedly, metal detectors have become a huge part of our lives with a wide range of uses, right from leisure to work to safety. A metal detector is a specially designed device to detect metals lying deep in the ground or water. Today, they are also being used in the food, pharmaceutical, textile, chemicals, plastic and packaging industries. Apart from this, metal detectors are also used for treasure hunting and coin shooting as well. Now, let us look at how a metal detector actually works. 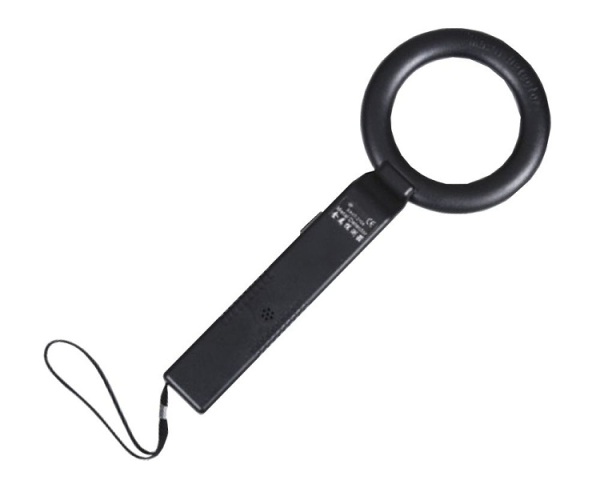 Working Of A Metal Detector
The basic principle on which a metal detector works is that when electric current passes through a coil, it produces a magnetic field around it. A metal detector consists of an oscillator which produces alternating current. When this alternating current passes through the transmit coil present in the metal detector, a magnetic field is produced around it. Whenever an electrically conductive metallic object comes in contact with the coil, it produces another magnetic field around it. The metal detector contains another coil in its loop called receiver coil, which detects the changes in the magnetic field caused due to presence of the metallic object. The modern metal detectors are based on any one of the three technologies, which are VLF (very low frequency), PI (pulse induction) and BFO (beat-frequency oscillation).
Very Low Frequency (VLF) Technology
The most commonly used technology in metal detector is the VLF. Metal detectors contain two sets of coils, namely, transmitter coil and receiver coil. Electricity is passed through the transmitter coil to create a magnetic field. This constantly pushes the electricity into the ground and pulls it back up. The magnetic field so generated interacts with any metallic or conductive object that comes in its way. The receiver coil passes the electric current whenever the metal detector passes over a conductive object. This amplifies and sends the frequency of the current to the control box. Metal detectors, using VLF technology, detect metals and determine the difference between different types of metals and the depth at which they are located.
Pulse Induction (PI) Technology
PI technology uses a single coil, which plays the role of both the transmitter and receiver. In some cases, it can make use of two or three coils also. Short bursts or pulses of current are passed through the coil to generate a short magnetic field. The end of each pulse results in the magnetic field reversing its polarity suddenly and then collapsing. This, thus, creates electrical spikes lasting for a short period. As soon as the spikes and magnetic field collapse, another current, known as reflected pulse, runs through the coil which again lasts for an extremely short period.
When a metal detector detects a metallic or conductive object, the reflective pulse lasts for a longer duration. The reason behind this is that the pulse sent by the metal detector produces an opposite magnetic field, causing the reflective pulse to last longer. The metal detector monitors the spikes and reflected pulses and sends the signals to the device called integrator. This integrator reads, amplifies and converts the signals to direct current. The audio circuit connected produces a tone indicating the presence of a metal or metallic object.
Beat Frequency Oscillator (BFO) Technology
BFO uses two coils of wire just like VLF technology. One coil is connected in the control box of the device, while the other is situated in the search end. The coil in the control box is smaller than the one in the search end. Both are connected to the oscillators that send thousands of electric pulses in a single record. When pulses pass through each coil of wire, radio waves are created that are collected by a receiver located in the control box.
On the frequency of the radio waves, the receiver creates audible tones. When the metal detector passes over a metal or metallic object, the electric current passing through the coil of the search end creates a magnetic field, which in turn creates another magnetic field around the metallic objects. The magnetic field interferes with the radio waves and causes a change in the tones produced by the receiver. Hence, the metal detector beeps up.
How to Cite