MP3 and MP4 are the two formats used for file storage and fie transfer over the internet. There are many differences between the two. Read the article to compare MP3 player vs. MP4 player. 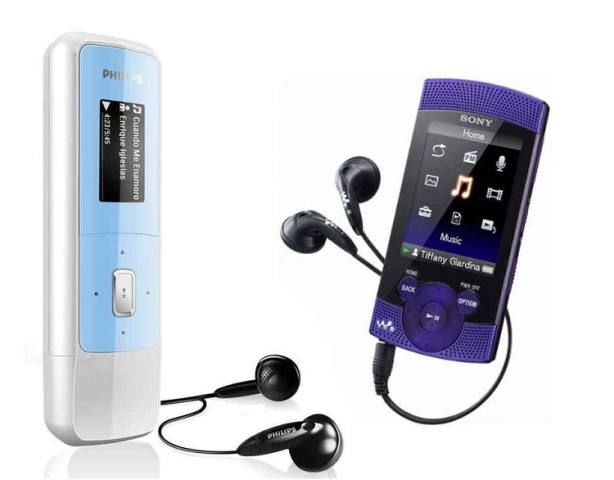 MP3 Player Vs MP4 Player
Developers
The MP3 format was developed by a group of engineers from Philips, CCETT, IRT and Fraunhofer society; while the MP4 format has been developed by the ISO (International Organization for Standardization) technical program.
Song Selection
While using an MP3 player, while switching from the current song to any other song, you have to scroll the button ‘n’ times to get to the desired song, as you can only move to the song listed before or after the current one. But with MP4 players, you have a larger LCD display with a menu that enables you to directly select the song you want to listen.
Display
MP3 players have a tiny monochrome LCD display that allows you to play only songs. On the other hand, in MP4 players, you can watch videos as well, since they have at least 65K color display.
Supported File Styles
While most MP3 players support .mp3, .ogg and .wma file styles, MP4 players usually support .mp3, .wma, .wav, .MPEG 1,2,4, .MP4, .JPG, .AVI, .VOB, .ASF.
Some MP4 players even have a video conversion application that can convert any video to a custom video type supported by the MP4 player.
Functions
MP3 players allow you to play songs, listen to radio, record or replay recordings along with some LCD color effects. MP4 players have a 65,000 or 256,000 color display that allows you to replay audio, video, pictures, recordings, web browsing and instant messaging.
Reliability
MP3 players are powered by 1.5V AAA battery that lasts about 12 to 16 hours of usage time. To extend the time, you have to purchase NI-MH rechargeable batteries along with a battery charger. MP4 players come along with a lithium ION or Polymer battery which can be recharged by connecting the player to the computer through the USB port. The battery lasts for about 16 to 24 hours.
Price
There is not much difference the prices of MP3 and MP4 players. However, spending an extra 5 to 10 bucks to get a MP4 player is better than purchasing a MP3 player (including rechargeable batteries and battery charger).
Accessories
The headphones supplied with MP3 players are of low quality, while MP4 players come with high-quality time-resistant headset.
How to Cite