Underwear is the inner wear worn by both men and women, under their clothes. Check out the history of underwear given below.

As the name suggests, ‘underwear’ is the inner wear worn by both men and women beneath their clothes. Called by varied names like ‘underpants’, ‘pants’, ‘knickers’, ’lingerie’, ‘panties’ (underpants for women), etc, it is the quintessential consumer good. Though today it is an essential part of clothing and dressing up and even defines fashion statements at times, things were not always the same. Going back to the primitive age, people did not wear anything, as they inhabited the earth just like animals. With progressing time, many human civilizations treaded upon this land and realizing the importance of covering themselves, gave rise to under wears. To know the brief history of underwear, read on. 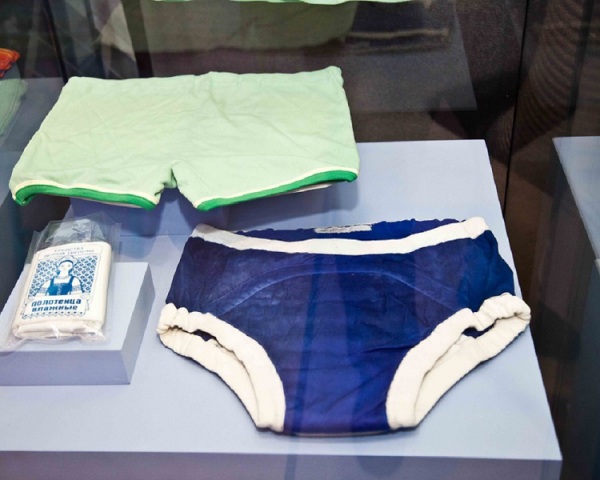 Image: SCA Svenska Cellulosa [email protected]
Men’s Underwear
Referring to the history of underwear, its earliest form was simply a loincloth, the first ever worn by humans. Infact, in most of the ancient civilizations, the loin cloth was the only undergarment worn. Moreover, in the warmer regions of the world, the loincloth even became the outer garment owing to the hot climatic conditions. The use of loincloth as undergarment finds evident relevance in ancient Greece and Rome. It was used in three major forms. The first was simply a long strip of clot, which was passed between the legs and then tied around the waist.
Such loincloths were made of leather are even proved to have been prevalent 7000 years back. Another form of loincloth was a triangular shaped one, aided with strings and loops, used to fasten the triangle between the legs and over the genitals. It was usually known as a cache-sexe and was found to be worn by the legendary Egyptian king Tutankhamen. Apart from this, an alternate form was more of a skirt, wherein a cloth was wrapped around the hips several times and then fastened with a girdle.
With evolution, pull on underpants were invented around 13th century and undergarments became an integral part of everyday clothing. The development in the field was completely on a roll, as the European men started wearing corsets, cod pieces, stockings, long johns, undershirts and drawers. With time, various advancements took place with regard to underwear, finally giving it the current form. They are now designed with utmost care, keeping in mind the comfort of the wearer as well as the appearance of his outer clothes.
Women’s Underwear
Women’s undergarments also have an ancient history and date back to nearly the same time as men’s. The wall frescos of Roman era indicate women wearing wrapped breast cloths or brassieres, made of soft leather, to support their bosoms. Along with this, they even wore loincloths or garments resembling panties. The fabric used for loincloths could be wool, linen or a linsey-woolsey blend. However, only the upper classes could afford imported silk. Women’s underwear also included very elaborate ones and comprised of even hoop-skirts, corsets and bum rolls.

Around 1700s and 1800s, women’s underwear included garters, lace corsets, knickers, petticoats and stocking suspenders. However, the brassiere only appeared during the early 1900s. With the metamorphosis reaching its heights, the 1920s saw the flattener bras and the 1950s witnessed layered petticoats, while the cleavage enhancing bras became available in 1990s. In addition, underwear has played a significant role in molding fashion trends. They are now being designed to offer wide variety to the wearers, considering the age groups, purposes and occasions, including sport, casual, fashion, figure enhancement and warmth (thermals) ones.