Jeans, the quintessential clothing item of today, came into being around 18th century. Find interesting background information on history and origin of jeans.

Jeans - a clothing item that has become quintessential in every wardrobe today. There will hardly be any person in this world, whose cupboard does not have atleast one pair of blue jeans. One of the most comfortable and most stylish attire of today, it is liked by one and all, irrespective of the age, size, sex, economic background, and so on. The name ‘jeans’ was kept after sailors from Genoa (Italy), who wore clothes from a material quite similar to the one used today for making jeans. In case you are looking for some more interesting background information on jeans, just browse through the following lines. 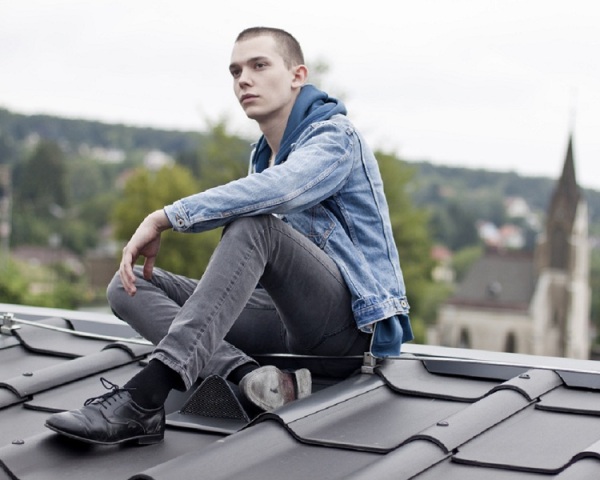 Image: daniel––[email protected]
History of Jeans
The origin of denim, the cloth used for making jeans, can be traced back to somewhere around the 18th century. During that time, it was made by mixing together a number of materials. With the increase in the practices of trade, slave labor and cotton plantations, ‘jeans cloth’ came to be made completely from cotton. The working class started favoring the material as it was very strong and did not wear out easily. The material was dyed with indigo, taken from American plants, thus giving the trademark color of ‘blue’ to jeans.
Around mid-19th century, gold was found in California (near San Francisco) and with it, started the famous Gold Rush. Around this time, a German immigrant known as Levi Strauss came to San Francisco, with the purpose of selling dry goods. After reaching there, he noticed that there was much more need for pants, as compared to dry goods. He converted the canvas, which he had brought along, into waist overalls. Though the miners liked the overalls, their single complaint was that it tended to chafe.
To solve the problem of chafing, Levi substituted the canvas for a twilled cotton cloth from France, known as ‘serge de Nimes’, which later came to be known as denim. He later formed the Levi Strauss & Company and started using the pocket stitch design. Later, he and Nevada tailor David Jacobs co-patented the process of putting rivets in pants, for the purpose of making them much more durable. Levi Strauss & Company first used the two-horse brand design in the year 1886. Later, in 1936, the red tab attached to the left rear pocket came into being.
Popularity

The popularity of jeans increased with the release of the western movies made in Hollywood, in the 1930s. With the cowboys, the ‘jeans’ worn by them also became popular. However, it was the American soldiers who introduced jeans to the rest of the world, during World War II. After the war, Levi jeans started selling outside American West too. Jeans started becoming popular amongst the teenagers in the 1950s, while the 1960s brought the different styles in jeans - embroidered, painted, psychedelic, and so on. Today, jean has become not only popular, but also a common clothing item, throughout the world.

How To Bleach Your Jeans

How To Make Jeans Look Worn Out

How To Care For Your Jeans

How To Fray Jeans