General Motors, also known as GM, is an American-based car manufacturer headquartered in Detroit, Michigan. The company has been ranked as the largest US automaker and world’s second largest, behind Toyota Motor Corporation. With over 317,000 employees round the globe, GM manufactures cars and trucks in 35 countries and sells and services vehicles in over 200 countries. The company’s arsenal of brands includes Chevrolet, Pontiac, GMC, GM Daewoo, Buick, Cadillac, Wuling, Hummer, Saturn and Saab. The international nameplates of GM include Opel, Vauxhall and Holden. Read through the following lines to know more interesting and amazing information on the history, origin and background of General Motors. 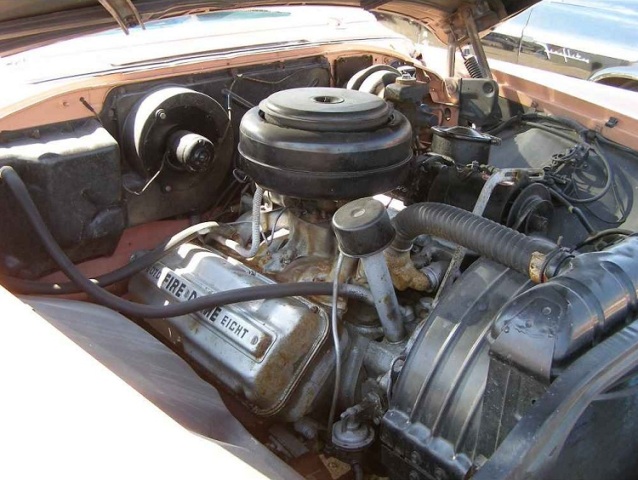 Image: [email protected]
Interesting & Amazing Information On Origin & Background Of General Motors
General Motors (GM) was founded by William C. Durant in Flint, Michigan, on September 16, 1908 as a holding company for Buick. The company acquired Oldsmobile in the same year. The following year saw GM acquiring Cadillac, Cartercar, Elmore, Ewing and Oakland, which later came to known as Pontiac. In 1909, GM further purchased Reliance Motor Truck Company of Owosso, Michigan, and the Rapid Motor Vehicle Company of Pontiac, Michigan, the predecessors of GMC Truck. However, in 1910, Durant lost control in the company due to a large debt. Thereafter, Durant left the company and founded Chevrolet Motor Company in 1911, along with Louis Chevrolet. With enough funds in hand, Durant bought back GM in 1916 and started heading the company, backed by Pierre S. du Pont.
GM was incorporated as General Motors Corporation in 1916. With the entry of Chevrolet in GM in 1917, the first GM car that rolled out was Chevrolet 490 in 1918. However, Durant was removed from the management and Du Pont controlled the company till 1950. The company entered Canada where it purchased McLaughlin Motor Car Company of Oshawa, Ontario and renamed it as General Motors of Canada Ltd. The GM headquarters moved to Detroit in mid-1920s. In 1925, Vauxhall Motors of England was acquired by GM. Four years later, GM went on to acquire 80% share in German automobile manufacturer Adam Opel AG. By then, GM had successfully exceeded the sales of Ford Motor Company under the leadership of Alfred P. Sloan. Since customers were looking for style, power and prestige, Sloan emphasized on creating models to cater to these demands.
In 1930, GM entered the aircraft industry by purchasing Fokker Aircraft Corp of America and Berliner-Joyce Aircraft that were later merged into General Aviation Manufacturing Corporation. The next year, 100% acquisition of Adam Opel AG was made and since then it has been the core of GM Europe. The same year GM added yet another brand to its cap, by acquiring Holden of Australia. In 1933, GM took control of North American Aviation and merged it with its General Aviation division. A number of armaments, vehicles and aircraft were manufactured by GM during WW-II for both Allied and Axis customers. Eventually, GM became the largest corporation in the United States in terms of revenue.
In 1958, higher trim models, such as Chevrolet Impala and Pontiac Bonneville were offered to customers. Compact and intermediate class vehicles were created during the 1960s - Chevrolet Corvair, Chevrolet Camaro, Pontiac Firebird and Oldsmobile Cutlass being some of them. The leadership in revenue and market was well-maintained by GM throughout the 1960s to 1980s. Oldsmobile models became popular and eventually, sales roared with the Cutlass series becoming North America’s top selling car by 1976. In 1980, X-body platform cars were launched, but due to brake problems and other defects, they came to be known as X-cars and had a bad reputation. Nonetheless, with the start of 1982, the cars were replaced with J-body cars, namely Chevrolet Cavalier and Pontiac Sunfire.
The decade of the 1990s saw GM suffer some of their worst losses, with the Gulf War first and then recession. However, GM regained market by the late 1990s. In June 2000, G. Richard Wagoner became the youngest CEO in GM history at the age of 47. After September 11, 2001, the company again started faltering. Eventually, GM survived the hardships until the recession of 2008, when it reached the edge of bankruptcy, but was ultimately bailed out. In 2009, the European headquarters moved from Zurich, Switzerland to Rüsselsheim, Germany. Today, GM’s largest national market is the United States, followed by China, Brazil, Germany, the United Kingdom, Canada and Italy.
How to Cite