India’s largest automobile company, Tata Motors has quite an interesting history under its belt. Read this article to know interesting & amazing information on the origin & background of Tata Motors.

Tata Motors Ltd. is one part of the business conglomerate, Tata Group, and was formerly known as TELCO (Tata Engineering and Locomotive Company). The other ventures of Tata Group include Tata Steel, Tata Consultancy Services, Tata Technologies, Tata Tea, Titan Industries, Tata Power, Taj Hotels, and so on. Headquartered in Mumbai, India, Tata Motors is a multinational corporation accounting for 70% cumulative market share in the domestic commercial vehicle segment. Today, the company is the world’s second largest manufacturer of commercial vehicles, world’s fourth largest truck manufacturer and world’s second largest bus manufacturer. It is a dual-listed company, which is traded on both the Bombay Stock exchange as well as the New York Stock Exchange.. 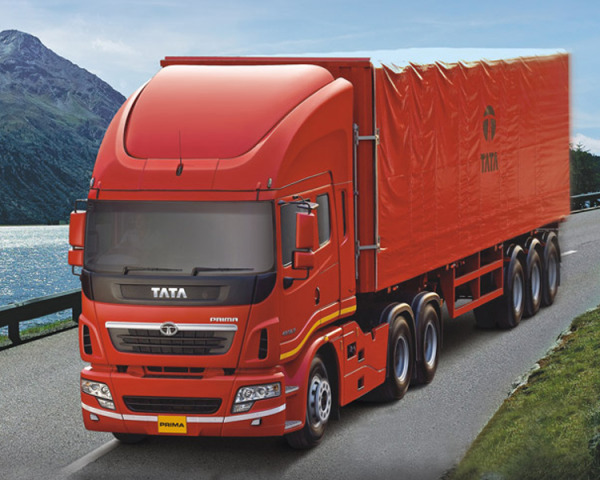 Information On Origin & Background Of Tata Motors
Tata Motors was first established in 1935 as a locomotive manufacturing unit. The first commercial vehicle was manufactured in 1954, in collaboration with Daimler-Benz AG of Germany. In 1960, the first truck, quite similar to a Daimler truck, rolled out from the Tata factory in Pune. Ever since its launch, the truck became highly successful. However, the success of the commercial vehicles was just the beginning of the flourishing and booming future of Tata Motors. The company went ahead diversifying itself and took up other products as well. Apart from exporting heavy-duty trucks, the company decided to come up with lighter versions for the local market. Thus, began the production of the first LCV (Light Commercial Vehicle) model, Tata 407 in 1986.
In the early 1990s, the company began its expansion into the car market. Its first passenger vehicle was Tata Sierra, a multi utility vehicle that was launched in 1991. Tata came up with three other automobiles, namely, Tata Estate in 1992 (a station wagon based on the earlier ‘Tata Mobile’ in 1989), Tata Sumo in 1994 (LCV) and Tata Safari in 1998 (India’s first SUV). After thoroughly analyzing the demand of the consumers, Ratan Tata, the current chairman of Tata Group, decided to build a small car, which was practically a new venture. Thus, in 1998, India’s first fully indigenous passenger car, Tata Indica was launched. It received an immediate success, since it was inexpensive and relatively easy to build maintain. The car was exported to Europe, to UK and Italy. The second generation of Indica, V2 was even more successful.
Indica’s high success gave Tata Motors the financial power to take over Daewoo Motors in 2004. This gave the company an opportunity to give their brand international exposure. Today, Daewoo’s trucks are sold as Tata Daewoo Commercial Vehicle in South Korea. In 2005, the company acquired 21% share in Hispano Carrocera SA, earning the controlling rights of the company. In January 2008, the global automobile sector showcased the world’s cheapest car in the form of Tata Nano. Launched by Tata Motors, the car cost only Rs.1, 00,000 (US $2,500). In the March of that year, Tata Motors also acquired the Jaguar Land Rover (JLR) business from the Ford Motor Company, which included the Daimler and Lanchester brands.
Tata Motors formed 51:49 joint venture with Marcopolo of Brazil and came up with manufacturing and assembling fully-built buses and coaches targeting the developing mass rapid transportation systems. Tata and Marcopolo jointly have launched low-floor city buses that are widely used by Delhi, Mumbai, Lucknow and Bangalore transport corporations. Tata Motors has been continuously acquiring foreign brands to increase its global presence. The company operates in the UK, South Korea, Thailand and Spain. Today, Tata Motors has its auto manufacturing and assembly plants in Jamshedpur, Pantnagar, Lucknow, Ahmedabad and Pune in India, and in Argentina, South Africa, South Korea and Thailand. It is further planning to set up more plants in Turkey, Indonesia and Eastern Europe.
How to Cite