Fiat is the sixth largest carmaker in the world. Explore this article to learn some interesting and amazing information on the history, origin and background of Fiat.

Fiat S.p.A (an acronym for Fabbrica Italiana Automobili Torino, which means Italian Car Factory of Turin) is an Italian automobile manufacturer, engine manufacturer, financial and industrial group based in Turin in Piedmont region. Since its inception in 1899, the company has constantly moved forward on the path of success. Fiat has excelled in many fields other than consumer vehicles, such as railroad vehicles, tanks and aircrafts. The manufacturing unit of Fiat based in Brazil is the best-seller for Fiat cars outside Italy. Fiat also has factories in other countries like Argentina and Poland. Joint venture operations can be found in Italy, France, India, Turkey, Serbia and Russia. With new technologies, new models and motto of innovation and superior technology, Fiat has continued to display expertise in the international market, apart from its phases of economical crisis. Read on further to know more about the interesting and amazing information on the history, origin and background of Fiat. 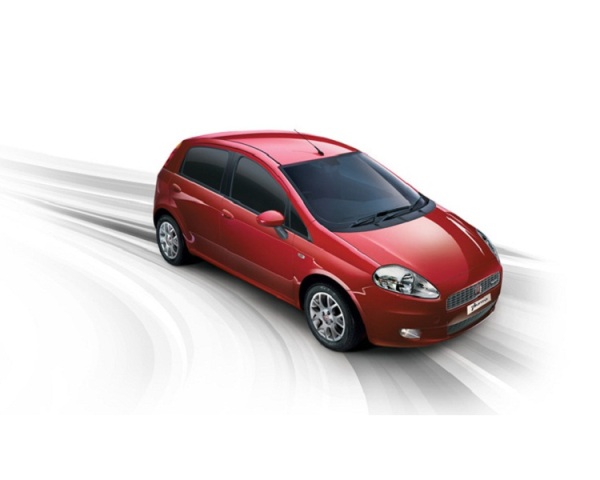 Interesting & Amazing Information On Origin & Background Of Fiat
Fiat was founded on 11th July, 1899 when the company charter of “Societa Anonima Fabbrica Italiana Automobili Torino” was signed in Palazzo Bricherasio. Giovanni Agnelli was one amongst the Board of Directors. The year 1900 brought in the inauguration of the first Fiat factory in Corso Dante. The factory had 150 personnel which worked together to rollout the first 24 cars of the company that year, including the company’s first model the 3 ½ CV. The year also led to the designing of the oval Fiat logo with a blue background. In 1902, Giovanni Agnelli was appointed as the MD of the company. In 1908, the company spread its wings and started exporting in the U.S. Soon, Fiat became a symbol of luxury and comfort in the U.S, which marked rapid growth and success for the company.
The sturdy progress of Fiat as a successful automobile company led to its expansion. The company witnessed an augmentation in its product lineup which included trucks, trams, marine engines and commercial vehicles. Few years down the line, Fiat completely renovated its production, with the cars being loaded with electrical accumulators for the first time. By 1910, Fiat became the largest automobile company in Italy, a position which it has retained since then. In the same year, a plant licensed to produce Fiats in Poughkeepsie, NY, made its first car. Owning a Fiat was during that time deemed to be as a sign of superiority and distinction amongst people. In 1916, under the supervision of Giacomo Matte Trucco, the construction of Lingotto started. This factory was the largest in Europe and was spread across 5 floors. The construction was completed in 1922, during which time the company expanded its arena of interest to steel industry, railways, electricity and public transportation lines. With the commencement of the war, the company’s production focused mainly on the army requirements.
The after-effects of the World War I made the company undergo a lot of reformation and crisis, but thanks to its effective cost-curbing policy, the company’s growth resumed as early as 1923, with Giovanni Agnelli becoming the CEO of the company. There were numerous new car models launched, the first being the four-seater ‘509’. The company adopted the policy of mass production to curb the prohibitive prices of the cars. Between the year 1934 and 1936, two new cars were introduced by the company. Both Topolino, the smallest car in the world and the Tariffa Minima, also known as Balilla, came with an excellent gas mileage. The company opened a new Mirafiori branch in 1937 and introduced advanced principles for industrial organization. This new branch was based on the company’s policy of mass production and played an important role in the expansion of the company’s output capacity.
Senator Giovanni Agnelli died in 1945 and the presidency of Fiat was taken over by Vittorio Valletta. In 1948, the reconstruction of the plant destroyed in World War II was completed which led to an increase in company’s profits and the number of employees. In 1953, the first Fiat diesel engine,the 1400 diesel, was launched. In 1955, Fiat 600 was born which was a big utilitarian car with a rear mounted engine. In 1957, the new ‘500’ was manufactured. The year 1958 was the year of growth in production for both the automobiles and farm machinery. Fiat started to open its manufacturing units in many other countries. In 1960, Fiat ‘500’ began to be produced in a station wagon style. Fiat 1800, 1300 and 1500 were also manufactured in the same year.
Gianni Agnelli, the grandson of founder Giovanni Agnelli became the President of Fiat in 1966. Under his supervision, the company continued to follow their trend of innovation with increased automation in the production process. 850 was the first Fiat to be released during those years followed by 127 in 1971. The 127 was the first Fiat car to have a front wheel drive and was named ‘Car of the Year’. In 1978, Fiat created its new flexible robotized system for assembling the bodywork called ‘Robogate’. This invention of Fiat was their road to innovation and the automation of production. In 1979, the auto sector was set up as an independent company, Fiat Auto S.p.A, which included big brands like Lancia, Autobianchi and Ferrari, along with Fiat. In 1984, the company took over Alfa Romeo.
Fiat continued to produce and provide the maximum customer satisfaction. Fiat cars continued to become a big success, right from the moment they hit the roads. The new ‘Punto’ was named as the ‘Car of the Year’. It was in 1994 that Fiat made its debut into SUVs with the introduction of Fiat Ulysses. In 1996, Gianni Agnelli became the Honorary President of the Fiat Group and Cesare Romiti took over as the CEO. In 1997, the parent company left its premises in Corso Marconi and moved to the Palazzina Fiat of Lingotto, which was converted to a Trade Fair and Convention Complex. The company expanded further into the international market in order to cope up with the crisis. This made Fiat one of the most recognized worldwide producers of affordable vehicles.
Fiat Idea made its debut in 2004 and was the first full-sized MPV built by Fiat. Sergio Marchionne became the CEO in 2004 and he along with the chairman Luca di Montezemolo steadily increased the capacity and the productivity of the company and its stakes from being one which was once financially troubled to one that can now be seen as an example of success. The year 2007 saw the Fiat 500 with stiffer suspension, wider fenders and a 150 hp turbo 4-cylinder engine that runs from 0-60 in eight seconds. Fiat was judged as the world's sixth largest carmaker and Italy's largest carmaker in 2009. Till date, Fiat continues to tread on its path of innovation and superior technology, with an innovative and improved engine and new models.
How to Cite