Haridwar, situated in Uttarakhand, is considered as one of the holiest cities in India. Read on to explore the tourist attractions and places to see in Haridwar.

Haridwar, the name literally translates to the Gateway (Dwar) to Lord Vishnu (Hari)!  In other words, it can be said that Haridwar is the place from where you can gain access to the Lord. Situated at the foot of the Himalayas, the holy city is said to have entertained the Hindu Trinity, Brahma, Vishnu and Mahesh, in the epic times. Adding to its sanctity is the fact that it is from Haridwar that the holy Ganges enters the plains, giving it the name of ‘Ganga-Dwara’ (Gateway of Ganga). Thousands of pilgrims congregate at the city every year, to take a dip in the holy waters around ‘Har-ki-Paudi’ (a bathing ghat). With more than 300 temples within its precincts, Haridwar is considered the best place to trace the roots of Hinduism. 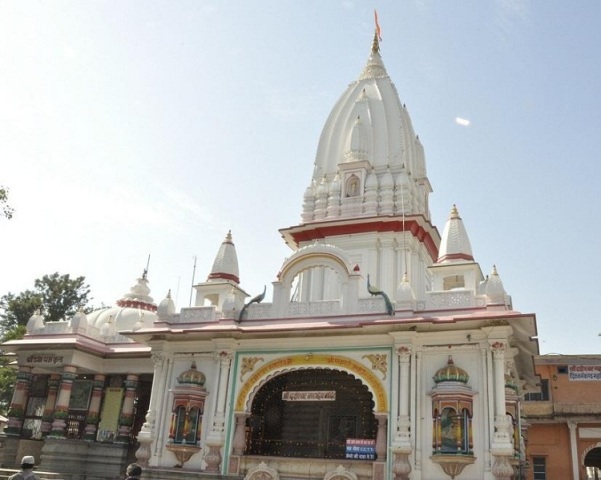 Image: [email protected]
Places to See in Haridwar
Har ki Paudi
The most popular as well as the most scared of all the tourist attractions in Haridwar is the Har ki Paudi. It is basically a bathing ghat that holds as much reverence for the devotees as the Dashashwamedh Ghat in Varanasi. As per the legends, ‘Har ki Paudi’, meaning the Steps (Paudi) of Vishnu (Har), was once visited by Lord Vishnu and Lord Shiva and even served as the venue of a yagna by Lord Brahma. Taking a dip in the holy waters around the bathing ghat is one of the main reasons why pilgrims come to the city.
Mansa Devi Temple
A trip to Haridwar, without a visit to the Mansa Devi temple, is totally incomplete. The temple, as the name suggests, is dedicated to Mansa Devi - an incarnation of Goddess Durga. It is situated atop the Bilwa hill. Health conscious people prefer to trek their way to the temple, while the adventure enthusiasts can make use of the ropeway cable car.
Pawan Dham Temple
Situated at a distance of around 2 km from the heart of Haridwar is the Pawan Dham Temple. Dating back to the ancient times, the magnificent temple stands ornamented with intricate glasswork on its walls. The extensively festooned idols of the temple also make it worth paying a visit.
Maya Devi Temple
Another temple in Haridwar that is dedicated to a goddess is the Maya Devi Temple. It enshrines the image of Goddess, as an incarnation of Power or Shakti. One of the major attractions of the temple is that it forms one of the Shaktipeeths in India. Along with that, Maya Devi Temple is believed to be the place that became the recipient of the heart & navel of Sati (wife of Lord Shiva).
Vaishno Devi Temple
Vaishno Devi Temple is amongst those temples in Haridwar that do not have an ancient lineage and were built sometime back only. The major attraction of the temple arises from the fact that its design is majorly based on the Vaishno Devi Temple of Jammu.
Bharat Mata Temple
The most unique and unusual temple of Haridwar is the ‘Bharat Mata Temple’. It is totally different from the typical Hindu temples and is dedicated, not to various Gods and Goddesses, but those people who have influenced the country in one way or the other. Each of the eight stories in the temple is dedicated to a different group, like spiritual leaders, freedom fighters, etc.
Chandi Devi Temple
Chandi Devi Temple dates back to the year 1929, when it was built under the aegis of Suchat Singh, the King of Kashmir. It is situated atop the Neel Parvat and enshrines the idol of Chandi Devi, the Goddess who killed the demon brothers Shumbh-Nishumbh. Legends say that the idol was enshrined there by Adi Shankracharya, in 8th century.
Accommodation
As far as accommodation is concerned, visitors to Haridwar will have no reason to complain. Dharamshalas, hotels or ashrams - you name it and you will find it in the holy city. The hotels in Haridwar cater to every need and budget. If the royal past is what you are wishing for, ‘Haveli Hari Ganga’ heritage hotel will suit you perfectly. If you want the latest amenities, then hotels like Country Inn & Suites by Carlson, Hotel Classic Residency, Hotel Park View and Sun Hotel are amongst the best ones. If money is your problem, you can stay at budget hotels like Hotel Alaknanda, Hotel Alpana, Hotel Midtown, etc. For the austere travelers, ashrams are not far away.
How to Reach Haridwar
By Air
Jolly Grant Airport of Dehradun, situated approximately 35 km away, falls the nearest from Haridwar.
By Rail
The railway station at Haridwar connects it with all the important cities of India. All the trains going to Dehradun also make a stoppage here.
By Road
With the National Highway passing through it, Haridwar is easily accessible from the key cities in India, by road. You can get buses as well as taxis, from cities like Delhi and Dehradun, for reaching the place.
How to Cite