Hairstyles For Men With Thinning Hair

Are you okay getting thin over the top? No! Well, no man is! This is why we have come to your rescue. Did you think trendy hairstyles are only meant for those who have thick and lustrous hair? If yes, then you are surely in for a surprise. Whether its stress, medication or hereditary reasons, thinning hair is a common problem faced by both the sexes, but for men it goes a little further, as bald spots start to arrive early. While there are a lot of hair care products that claim to get you back to your original self, most of you would agree that almost the products fail drastically. Our suggestion is, instead of trying to get back the unattainable, eye for a hairstyle that makes you look chic and stylish, even with thin hair. There are a number of hair styles that would make your baldness less prominent.  In the following lines, we have provided contemporary haircuts for men with thinning hair, to make them look elegant and sophisticated. 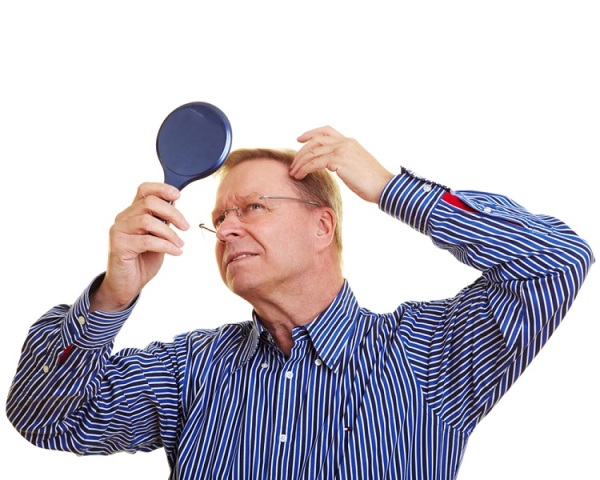 Haircut Styles For Men With Thinning Hair
Messy Hairstyle
A great way to cheat the system would be to go anti-styling. In case you are confused as to what we are talking about, the answer is messy hairstyle. Quite trendy and stylish, unkempt hair can work strategically, drawing attention away from your thinning locks. Plus, believe it or not, messy hair adds to the charm and elegance of a sophisticated man.
High & Tight
For those guys who are losing a lot of hair lately, a great way to make a fashion statement with thin hair would be to go for the high and tight style. According to this style, the sides are completely shaved off and the top is cut in a short flat or buzzed to around ¼ inch. This haircut would surely add to your air of sophistication and style.
Ivy League Cut
Conventional, yet carrying an air of classiness and elegance, Ivy League cut, also known as Princeton or college cut, can be stylish as well as modern. The cut is similar to the crew-cut, as the back and sides in it are also cut short, to about ¼ inch. Over the crown, the hair is also cut quite short - the same length as the back and sides, or it may stay a little longer. However, from the crown forward, the hair gets a little longer.
Caesar Cut
Named after the veteran politician Julius Caesar, who was often seen sporting this kind of hairstyle, Caesar cut is one of the popular hair styles for men with shorter as well as thinning hair. In such a hairstyle, the hair is short, with a horizontally straight cut fringe.Layered to around 2-5 cm, if properly carried,the cut can be a great style statement. The cut was also flaunted by George Clooney for many years.
Mohawk
Once an indigenous style that was mostly adored by the Mohawk people, today, this hairstyle can be seen making one of the biggest hair fashion extravaganzas. Be it ramp shows, carnivals or even college grounds, Mohawk has made its mark everywhere. For guys with drastically thin hair, it would be the ideal fashion statement ever made.
Faux Hawk
A great way to cheat a Mohawk style would be to go for the Faux Hawk. Though this haircut resembles a Mohawk to quite an extent, there is a primary difference between the two - a faux hawk style does not require shaved sides (unlike the normal Mohawk). You can either go for a flamboyant high rise or wear it down/flat for a conservative look.
How to Cite

Solutions For Thinning Hair In Women

How To Thin Your Hair