The US Marine Corps Memorial symbolizes one of the most historic battles fought during World War II. Read on to know few interesting & fun facts about it.

The capture of Iwo Jima, a small pacific Island, saw the end of World War II in 1945. It was one of the bloodiest wars fought and led to more than 6,800 American and 23,000 Japanese casualties. When 70, 000 US marines invaded the strategic island under control of the Japanese Army on February 19, 1945, one of their prime objective was to capture Mount Suribachi, the highest point on the island. Three days later the mountain was secured and an American flag was hoisted on the mountain top, by five marines and a Navy corpsman. This historic moment was instantly captured by an Associated Press photographer, Joe Rosenthal and became a glowing symbol of the Pacific War. The American government used the photograph to sell war bonds and promote the war effort. This was also the inspiration behind the U.S Marine Corps Memorial or the Iwo Jima Memorial. Located near the Arlington National Cemetery in Virginia, overlooking the Potomac River, this memorial pays homage to all those marines who have sacrificed their lives defending the United States 1775 onwards. 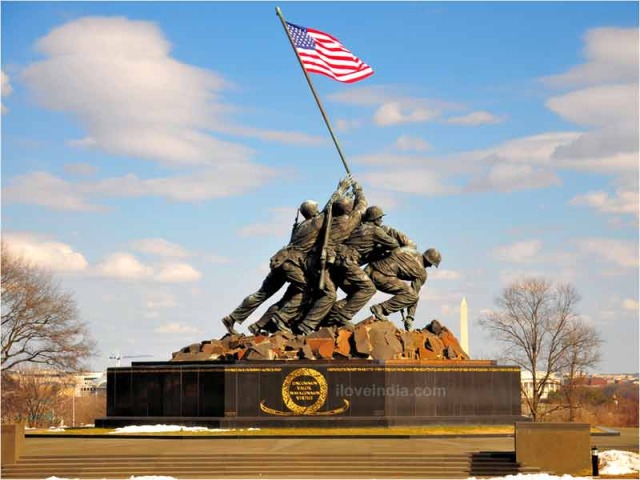 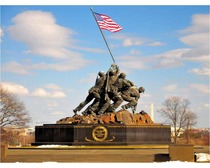 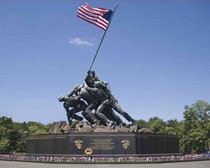