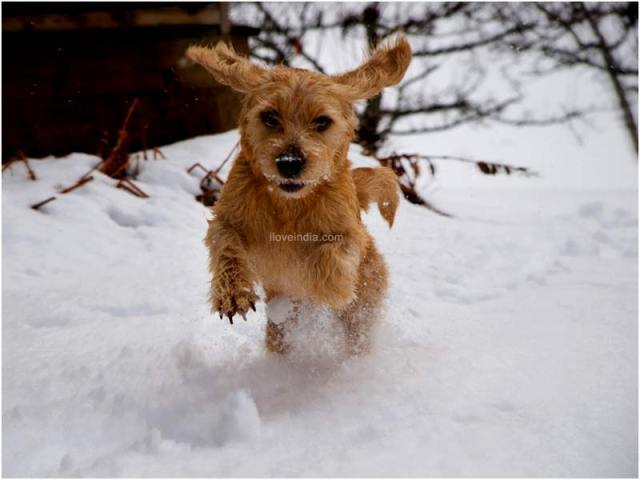 Weight: 9-18kg
Height: 13-15 inches
Coat Type: Short and rough coat
Basset Fauve de Bretagne is a French dog that was primarily used as a hunting dog. This breedbelongs to Brittany, a historical kingdom of France, and is guided by its strong sense of smell. The dog has distinct body features, which make it look very different from the other breed of dogs. Basset Fauve de Bretagne has a small body, with long ears. The dog makes an excellent pet and is highly loyal to its master. Read on to gather more information on this breed of dog.
History
Basset Fauve de Bretagne traces its origin in France. During the early part of 19th century, the French people used to raise hunting packs made up of Basset Fauves. The development and popularity of this breed of dog came up with the requirement of smaller dogs, with slower pace. There was a rumor during the World War II about the extinction of this breed. Thanks to the effort of Club du Fauve de Bretagne for refuting this breed! Today, Basset Fauve de Bretagne continues to be a popular hound dog in the western parts of France.
Appearance
Basset Fauve de Bretagne dog has short legs and long trailing ears. The ears are so long that they can reach the tip of the nose. The breed has a short back and a long body. Its body is two times as long as its height, as measured from its shoulders. The coat color ranges from a golden fawn color to a tawny reddish color. The breed has a brown or black colored nose and dark brown energetic eyes. It has a tail of medium length, which is thick at the base and tapers at the end. The dog carries its tail in a sickle fashion. It expresses the mood of the dog poignantly. Basset Fauve de Bretagne has a distinct hair and coat color, which distinguishes it from other French bassets.
Personality
Basset Fauve de Bretagne is known for its high energy level. It is extremely loyal and obedient towards its master. The canine goes well with children and other pets in the home. This breed has average trainability and one can find it turning a deaf ear to many of its master’s commands. It bears the stubborn quality of a hound and thus, it is highly tedious job to train the dog. Basset Fauve de Bretagne can be trained only in a firm and consistent process. However, one needs to be kind and patient in dealing with this breed of dog.
Basset Fauve de Bretagne has a high stamina, owing to the fact that it has been used for hunting purpose since a long time. The dog has a strong sense of smell and is basically a scent hound. It is highly alert and agile and always has an eye of suspicion towards the strangers. It is necessary that the dog realizes that it is lower in the pack and that its owner is its master. Otherwise, it can create trouble for the owner. Basset Fauve de Bretagne demands human companionship and needs to be involved in all the activities of the family.
Grooming
Basset Fauve de Bretagne dog has a functional coat that helps the dog withstand extreme weather conditions. It needs regular brushing and combing to keep its coat clean and tidy. Since the breed has a wiry coat, the hair needs to be plucked twice a year. However, one should never trim its hair, as this will hamper the color and texture of the coat. It has ears of unusual length that should be groomed and cleaned at regular intervals. Also, the excess hair inside its ears should be cut. 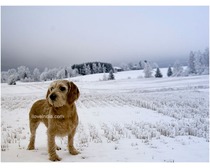