Have you ever wondered what the hairstyles in the 1930’s looked like? If you haven’t, then this is your opportunity to find out.

The 1930s may seem like the distant past as we sit in the 21st century, but the fact is that even that distant past has some very interesting things to present us with. One of which is the different hairstyles women were sporting then. Prior to the 1930s, women were more interested in not looking too different from men and would indulge in wearing caps that would cover the entire forehead or clothes that would not make the body too obvious. However, at the beginning of the 1930s, women decided to just stick to looking feminine. A major part of this change in the way of thinking and appearance was reflected by the hairstyles. There were a lot of different hairstyles that became characteristic of the 1930s. The main theme in them was that in most of the hairstyles the hair was still close to the head, even after being styled; a pattern that changed as the 1930s progressed. 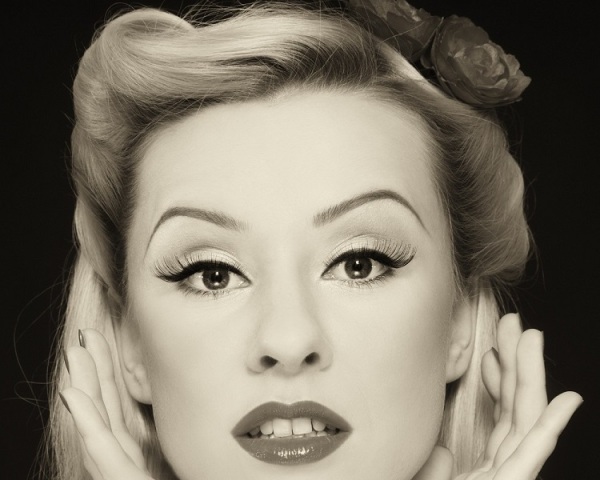 Hairstyles Of 1930s
There were a few hairstyles that were the talk of the town during the 1930s. What follows is a brief description of some of these popular hairstyles.

Brush Curling
The brush curling was another way of doing the hairstyle known as the ‘finger wave’. This hairstyle was generally adopted by those who had thin hair, because it gave the hair a soft and voluminous look. To make this hairdo, the hair would first be parted down the center and then curled around a finger. The hair was coiled in such a manner that the curls would overlap each other. Once the curls were made, they would be pinned as close to the scalp as possible, using a hair pin, and dried using artificial heat (today’s hair drier).
Finger Waves
To get this hairdo done, the hair was first wet and then combed back flat. It was then sprayed with setting fluid. Once the spray had been applied, the hair would be drawn up towards the brow using a comb, while being pressed down with one hand. The comb would be run as close to the scalp as possible, so as not to miss out any of the hair and not be released till the hair had set. The remaining waves were also made in a similar fashion moving to the back and down the scalp from there.
Pin Curling
This was another popular hairstyle adopted during the 1930s. To make this hairstyle, the hair would be combed all the way back. Once combed, the hair dresser would then take a few strands and roll them tightly on one finger before attaching two hair pins, forming an ‘x’ to the curl to help it set.
The Water Wave
This hairstyle was similar to the finger waves except that the hair needed to be wet when this was done. The hair was also sponged down with styling lotion before starting and was done with the help of a comb. It had lots of variants like ‘short part water wave’, ‘half-back water wave’, ‘straight-back water wave’ and the ‘center part water wave’.

There is no doubt that the hairstyles of the 1930s were complicated to say the least. Nonetheless, the end results would more than justify the time and effort that went into making each hairdo.