Venkatesh is one of the multitalented actors of Telugu film industry. Read this biography to explore the actor’s childhood, profile and filmography. 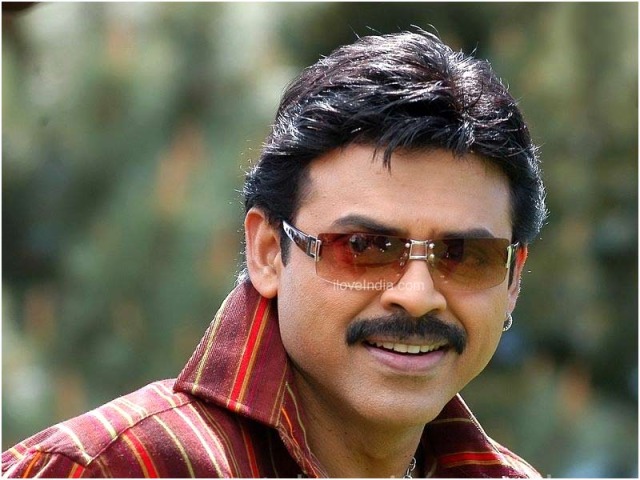 Born In: Karamchedu, India
Career: Actor
Nationality: Indian
A versatile actor of Telugu Film Industry (Tollywood), Daggubati Venkatesh was born in Karamchedu. He is a member of one of the most well-known families of Telugu Cinema. His father and brother head the most prestigious production company of Tollywood, Suresh Productions. Victory Venkatesh, as he is fondly called, has till date played various roles and tried his hand at almost all the genres of movies - be it comedy, action or love and romance. Though he is known to be aggressive at work, his down-to-earth nature and amicable behavior has made him endearing amongst his colleagues as well as his fans.
Early Childhood & Education
Born to a veteran film producer of Tollywood - D Rama Naidu, Venkatesh celebrates his birthday on the 13th of December. He attained his graduation degree from the prestigious school - Don Bosco Egmore, in Chennai. Thereafter, he went to the United States and came back with an MBA degree from theMonterey Institute of International Studies. On his return, though he wished to work in his father’s production house - Suresh Productions, he became involved in the Telugu Film Industry as an actor.
Acting Career
‘Kaliyuga Pandavulu’ (1986) served as the launch pad for Venkatesh in the Telugu Film Industry. Venky, as he is popularly known as, tasted success in 1988, with the movie ‘Swarnakamalam’. In the same year, he delivered another hit - in the form of ‘Varasudochadu’. However, Venkatesh could not capitalize on the success and make the most of it. He failed to give a consistent performance, which led to a downfall in his career graph. Nonetheless, the musical ‘Bobbili Raja’ revived his career once again. The film not only brought Venky back to the limelight, but also proved to be one of the greatest hits of the year.
Venkatesh’s venture with Bollywood director Ram Gopal Verma, for the movie - ‘Kshana Kshanam’, earned him accolades as an actor. Then came ‘Chanti’, a remake of the Tamil movie - ‘Chinna Thambi’, which proved to be the biggest milestone of his career. Later, it was remade into a Bollywood movie as well, with the name ‘Anari’ and Venkatesh as the main protagonist. With the movie, he became a family hero and received huge fan following. Venkatesh’s artistic skills are a complete package, giving his audience a taste of everything, right from comedy to love and romance to anger.
Personal Life
Venkatesh tied the nuptial knot with Neeraja. The couple has four children, one son - Arjun Ramnath and three daughters - Aashritha, Hayavahini and Bhavana.
Awards
Filmography
1986: Kaliyuga Pandavulu, Brahma Rudrulu
1987: Ajeyudu, Bharatamlo Arjunudu, Trimurthulu, Vijetha Vikram, Sreenivasa Kalyanam
1988: Raktha Tilakam, Brahma Putrudu, Swarna Kamalam, Varasudochadu
1989: Prema Pruthvi, Ontari Poratam, Dhruva Naksthram, Two Town Rowdy
1990: Aggi Ramudu, Bobbili Raja
1991: Shatruvu, Coolie No.1, Surya IPS, Chanti
1997: Preminchukundam ra
2001: Deviputrudu, Prematho Raa
2002: Nuvvu Naaku Nachav, Vasu, Gemini
2003: Vasantham
2004: Malliswari, Gharshana
2005: Soggadu, Sankranthi, Subash Chandra Bose
2006: Lakshmi
2007: Adavari Matalaku Ardhalu Verule, Tulasi
2008: Chintakayala Ravi
How to Cite