Are you longing to sport that beautiful form of art called piercing? Want to know where to get it done? Check out this article to know the different types of body piercing.

An attractive and stunning form of body art, body piercing can be done almost on any part of the body and in any style. A form of body modification and beautification, this tradition has been followed since eons. Common amongst ancient and tribal societies, body piercing gained worldwide popularity only in the 1970s with more and more people opting for getting different body parts pierced for different reasons. Right from religion to culture to sexual pleasure to fashion, every individual has his own reason to sport a body piercing. These can vary from multiple hoops up, around and inside the ear, or studs and rings in the tongue, eyebrow, nostril, belly button or lips. Given here is a brief overview of the different kinds of body piercing you can go for. Check them out! 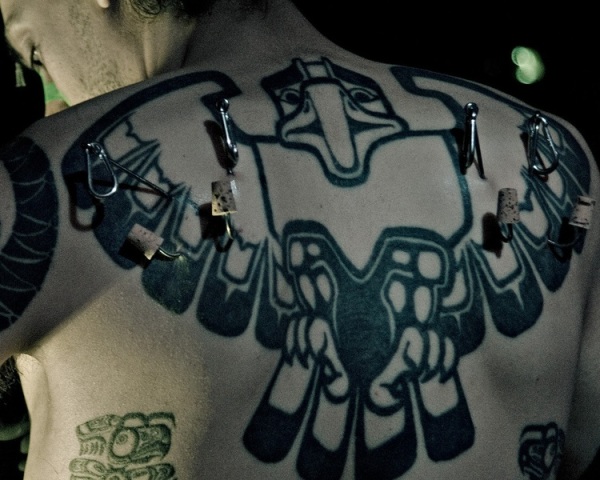 Image: [email protected]
Different Kinds Of Body Piercing
Ear Piercing
Ear piercing is one of the most common piercings seen across the globe. Since ages, women have been getting their earlobes pierced mainly due to religious and cultural reasons. Over the last 40 years, men too have gained immense interest in sporting pierced ears. Unlike the age-old tradition of piercing only earlobes, nowadays piercing is being done in almost all areas of the ear. They get healed in about a week and can be adorned using metals, precious stones, and others.
Nose Piercing
Just like ears, the nose too is simple to pierce and is mostly done by women rather than men. The nose is generally pierced on either side of the nostrils. A common tradition in India, nose piercing became popular in the West in the 1960s and 1970s only. Another option of getting the nose pierced is the dividing wall between the nostrils called the nasal septum.
Tongue Piercing
Carried out at the tip of the tongue, tongue piercing runs vertically from the upper to the lower surface of the tongue. This is generally done to increase pleasure during oral sex; however, most people get it done for artistic purposes. When carried out with proper instrument, tongue piercing heals quickly and lessens the chances of infections.
Nipple Piercing
More and more men and women are getting attracted towards nipple piercing since it is believed to increase sensitivity and sensation. Nipples can be pierced using studs or metal rings but can be very painful and dangerous as well. Further, it can trigger problems for women while breastfeeding.
Genital Piercing
Highly popular amongst both men and women, genital piercing is carried out for enhancing sexual pleasure. The piercing is done after extensive research directly on or around sex organs. The healing time after the piercing can vary from six to twelve months. Men can get their genitals pierced either on the scrotum or at the base of the shaft at the public bone. For women, genital piercing can be placed on the clitoris, the hood, the triangle, or the inner and outer labia.
Naval Piercing
Naval piercing was restricted only for the Pharaohs of Egypt. With time, it has become a common sight amongst those who wish to expose their mid-drift. Also known as belly button piercing, naval piercing is done mostly by women as they have more blouse styles to reveal the area. However, sporting a belly button piercing is not easy as one needs six to twelve months to get the piercing healed completely, depending upon the person.  Further, wearing woolen and polyester clothes need to be avoided to reduce chances of the piercing getting infected.
How to Cite