Beards are much more than just itchy, dense growth of facial hair that your girlfriend keeps cribbing about. They are, in fact, style statement. Explore the given list of different beard types.

If you are a guy, then you probably know how lazy and how really cumbersome it feels to shave. But, did you know that beard is one of the most common manly features, which women dread? Yes, the friendly homegrown layer of facial hair is all it takes to set the panic alarm ringing for a woman! While some females feel it shows you are untidy, others feel that you are just damn lazy to rip off those unwanted hair growth. However, you cannot ignore the basic matter of fact, which is that many women don’t like beard, just because of it gives men a scary appearance. In the last decade, with the rise of metrosexuality, clean shaven appearances were ruling the roster and most bearded men faced a common gasp of “eww! gross”. 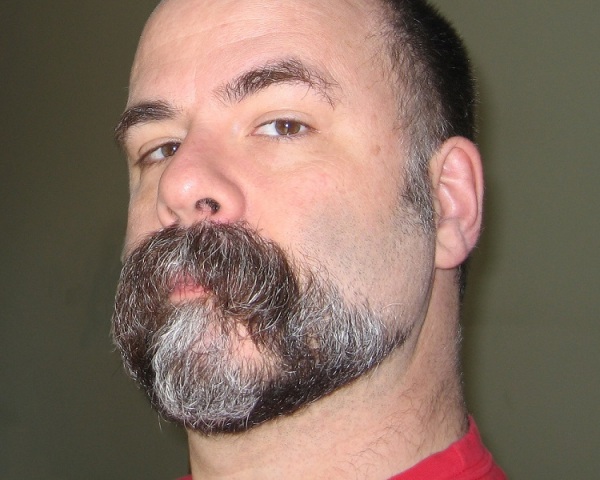 Image: [email protected]
Nonetheless thankfully, in recent years, with prominent celebrities bringing back the manly fervor, the beard is back and that too in style! What started with Hugh “the Wolverine “Jackman and Tom “the Last Samurai” Cruise became an ongoing rage with even chocolate boys like John Mayer and Justin Timberlake sporting some pretty cool facial hair. The sports world took notice when Beckham chose a neatly trimmed beard over his well chiseled looks. Whatever be the reason, the beard look is officially “IN” and you better take notice of it, if you haven't till now. Though beards are “to each his own”, we have described a few common beard types for you to check out and choose one for yourself.
Different Kinds Of Beards
Basic Beard
A normal beard without any distinct features. It should be kept to a certain length and looks good as long as it’s kept well. However, a few busy hours and laziness is all that you need to make this once-so-cool look a sign of mess. So, take care with this type, unless the messy-look is on your mind.
Full Beards
This type can be gauged as the grand daddy of all beards. You can let the beard grow continuously on your face. This would let the beard have the natural shape of your face. Or else, you can also select whether you want the beard to cover the whole face or leave the cheek areas. As far as the length is concerned, the beard can be grown long, in case you wish to sport the Santa Claus look from the North Pole. Though used as part of various religions across the globe, this type of beard has now been incorrectly associated with extremism.
French Fork
Another variation of the long beard is the French Fork or Devil’s Fork (no nomenclature connection). This is actually just a long beard divided in two lengthy tines, but it gives the wearer a distinct look. If you look from neck up the person may look like a head standing on two legs; weird yet different.
The Beard Of Substance
Though a variation of long beard, this one is different! It’s actually not too long like the earlier variants. In fact, this type of beard is something which you can call more medium sized. This kind of beard gives you a more intellectual look. You can always look like you are in the midst of a hardcore brainstorming session, by just closing your eyes and stroking your beard! (This actually works).
The Goatee
It can be popularly stated as the trend of the times! The goatee is the most customizable beard style ever. There are no standard designs, only variations. The most common goatee is a uniform growth of short hair fully covering the muzzle. The length of goatee hair is a variation in itself. The "Handlebar and Chin Puff" variant belongs solely to Col. Sanders. The "Petit Goatee," aka "Chin Scruff," is the ultra thin version of the original; usually reserved for those who are unable to manage a full grown goatee or those who are waiting for some real growth.
The Chin Curtain
A personal favorite with those who like a clean yet stylish look. Here, the face is entirely clean shaven, save for a beard-like growth along the wearer's jaw line. This makes it a real neat look. The look is famous with hip hoppers and free-stylers, but takes a bit of care to handle.
Mutton Chops
Though these things are barely classified as beards, they do end up on the facial hair style repertoire. Huge side burns all set to eat up your face. They are joined to their beards by many and to their moustache by some others. There are only two variations "long" and "short." .The "Chop-to-the-Stache" is a line of hair along the top of the cheek connecting sideburns with a Freddie Mercury moustache, is another variant.
Note: Apart from these there are various unique styles and you can always find one that’s completely your own but always remember that if you think it getting messed up, the salon is always nearby!
How to Cite