There is a broad range of different beard styles for men, which project them in different images. Explore the article to know about the various men’s facial hair styles.

There are different beard styles for men projecting them in different images. Men have long relied on various beard shapes and styles to enhance their persona. Properly trimmed and well-shaped facial hair can greatly enhance one’s features and make the face appear more handsome. Celebrities in the glamour world have used beard to make a distinctive style statement in the past and continue to do so. However, before choosing your beard style, it is important to consider your facial shape, size of mouth, nose, and jaw line. In case you want to know some famous styles for men’s beards, follow the article and take your pick! 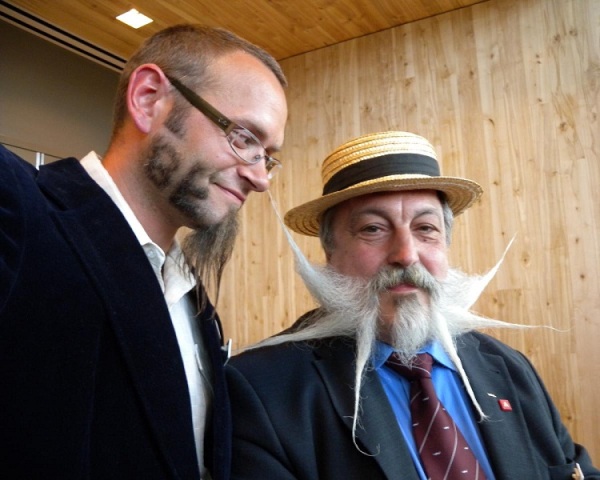 Image: [email protected]
Facial Hair Styles For Men
Full Beard
The full beard style is characterized by downward flowing beard.  Full beard is either styled independently or integrated with moustache. Young men should not sport a full beard, unless styled really well, else they may look old.
Side Burns
In the side burn beard style, hair is grown from the temples down the cheeks approaching the jaw line.
Chinstrap
Chin strap beard is marked with long side burns that lunge forward and end under the chin, which is the reason why it is called chinstrap.
Donegal
Donegal beard style is pretty similar to the chinstrap style, with the only difference being that Donegal beard covers the whole chin.
Goatee
The Goatee has been a quite popular beard style historically. The style also saw a number of variations over time. Facial hair is grown only along the lower portion of the face, at the chin, and following the jaw line.
Goatee With A Moustache
Adding the moustache to goatee makes for an altogether different look. This versatile style is seen in long and close-trimmed variants, and shaped squarer or rounder, depending on the facial shape.
Stubble
Stubble is a beard style that needs only one to a few days of facial hair growth. It is highly fashionable and is even sported by young college going students. Stubble expresses a more casual and carefree persona.
Reed
Reed beard style is worn on the lower area of the chin and jaw, and is integrated with the moustache. The beard narrows towards the ears without the connecting side burns.
Royale
This beard style extends from the chin and is pointed narrowly. During the period of Second Empire, Royale beard style was very popular in France. The style is still sported by many French men.
Mutton Chops
Mutton chop has been a popular beard style, in which long side burns connect to a moustache. However, the chin is to be shaved off. The gentlemanly hair style is more suitable for people aged above 35 or 40.
Stashburns
The Stashburns beard style drops down the jaw and extends upward across the moustache. The look is slightly similar to that of mutton chops and it’s common to sight men in the south and southwestern America sporting the Stashburns style of beard.
How to Cite