Munich is the third largest city in Germany and has some fascinating architectural buildings. Check out more on things to do and places to see in Munich.

Things To Do In Munich

Languages: German, Austro-Bavarian
Best Time to Visit: March to September
Time Zone: UTC+1/+2
Driving Side: Right Side
Main Attractions: Marienplatz, Peterskirche, Munchener Residenz, Maximilianeum, Nymphenburg Palace, Englischer Garten
Munich is the capital city of German state of Bavaria. It is located on the River Isar, north of the Bavarian Alps. Munich is a major metropolitan region, as it is the third largest city of Germany, after Berlin and Hamburg. The native name of the city is ‘Munchen’, which is derived from an Old German word ‘Monche’, meaning ‘Monks’. The official colors of the city are black and gold, which were the colors symbolizing the majesty of the Holy Roman Empire. The city is dotted with a number of historical buildings and many other significant places to see. To gather more information about the tourist attractions and things to do in Munich, read on.
Sightseeing!
Munich has some splendid architectural marvels to offer. The Marienplatz situated in the heart of the city is a must see structure. It is a large open square with Marian column in its center with the Old and New Town Hall. Located in the vicinity is Peterskirche, which is the oldest church of the inner city. Around this, there are a number of churches and basilica, dating back to the renaissance era. Another marvelous monument in the city is Munchener Residenz, which is a large palace type structure, housing Europe’s most significant museum of interior designing.
Moreover, it also contains the royal treasury, theater and opera. On crossing the River Isar, the Maximilianeum is located, which is the home of the state parliament. Next is the Nymphenburg Palace, which is considered the most beautiful royal residence in Europe. Situated at a distance of 6 km from the city center, it is surrounded by sprawling lawns. Besides, the Englischer Garten, near the city centre is one of the world's largest urban public parks. It is even larger than the Central Park in New York and has a nudist area, jogging tracks and bridle-paths.
Museums
Munich is known as a cultural hub and accommodates a number of classic museums. The Deutsches Museum, also known as German Museum is the oldest and the largest science museum in the world. It is situated on an island in the River Isar. Those interested in Roman and Greek art pieces, must pay a visit to Glypkothek and the Staatliche Antikensammlung (State Antiquities Collection). Another worth visiting museum is Bavarian National Museum, which is ranked amongst Europe’s major art and cultural history museum.
Art and Entertainment
Munich is home to a number of art and entertainment options. The Nationaltheater is the home to Bavarian State Opera and Bavarian State Orchestra. Another orchestra containing international importance is Bavarian Radio Symphony Orchestra. Moreover, the Munich Kammerspiele in the Schauspielhaus is one of the most important German language theatres in the world. Another exciting attraction in Munich is The Hofbräuhaus am Platzl. It is regarded as the most famous beer hall worldwide and organizes the second largest tent at the Oktoberfest, which is Munich's most anticipated event.
Nightlife
Munich also has a thriving nightlife. The major center is Schwabing, which is thronged by students and artists. Apart from this, the Hofbräuhaus is one of the oldest breweries in Munich, which is located in the city center near Tal. Besides, there are a number of discos and pubs in Kultfabrik and Optimolwerke, former industrial areas. However, the gay quarter of Munich is in Isarvorstadt, surrounding the Staatstheater am Gartnerplatz, also known as the Glockenbachviertel. 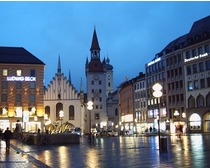