Antwerp is a lovely blend of age-old traditions and modern lifestyle and has many places to see. Check out tourist attractions and things to do in Antwerp. 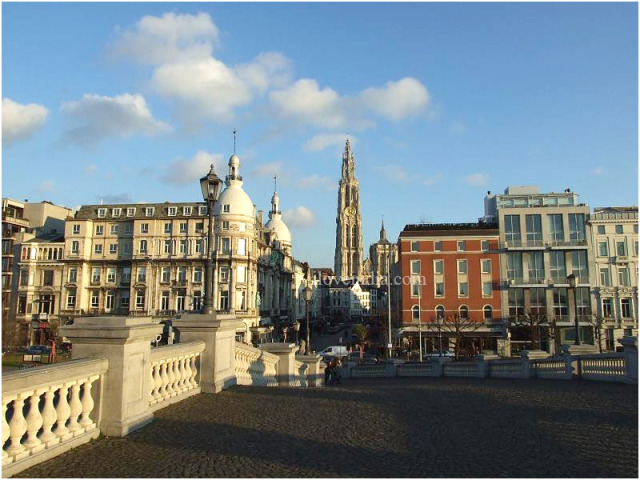 Languages: Flemish, French, German, English
Best Time to Visit: Spring and Summer
Time Zone: GMT +1
Driving Side: Right Side
Main Attractions: Antwerp Zoo, Cathedral of Our Lady, Grote Markt, Steen Fortress, Aquatopia, etc.
Known as the ‘Diamond City’, Antwerp is one of the most beautiful places to visit in Europe. Located in Belgium, the capital of Antwerp is Flanders. You can expect to see some of the most fascinating and beautiful architectural wonders in Antwerp. This place is also the main centre of international diamond trade. Housed within the city are a variety of tourist attractions like old museums, castles, forts, churches, galleries, upscale restaurants, bars, etc that offer many fun activities and things to do. The best part is that all the major places to see here are located close to each other, within a close range. So tourists don’t really have to travel long distances over the road to cover all tourist attractions.
Places to See in Antwerp
Antwerp Zoo
One of the oldest zoos in the world, the Antwerp zoo is more than just an enclosed area for housing wild animals. It is one of the most popular tourist attractions in Antwerp and attracts around 1 million visitors annually. It houses around 950 different species of animals and around 5000 animals in total. There is also a separate bird house in the premises that houses many different species of birds as well. Some rare animals that are housed here include the Okapi, Giraffe, Orangutan, Polar Bear, Siberian Tiger, Indian Lions, etc. It is the ideal place to visit with family and friends when roaming around in Okapi.
Grote Markt
The most popular center of Antwerp is the Grote Markt. The place has a magnificent 16th century city hall that dominates the landscape. The narrow meandering lanes that go out as offshoots to surrounding places will take you to numerous shops & restaurants where you can indulge in some really good shopping and dining. In the middle of the City Square, is a large fountain that pays homage to the mythical hero of Antwerp, Brabo. Legends say that a giant named Antigoon used to extort a high toll from ships that entered the city. Those who didn’t pay, were made to sacrifice their hands. However, Brabo fought courageously and instead cut off the giant’s hand and threw it away. The fountain statue is a symbol of the river becoming free off the giant’s torture.
Antwerp Cathedral of Our Lady
Known as Onze Lieve Vrouwe Kathedraal in Antwerp, the Cathedral of Our Lady is one of the most impressive monuments in Antwerp. It boasts of being one of the tallest buildings in Antwerp and is one of the finest examples of lace architecture done in stone. It is styled in the Gothic architecture and is a must visit in Antwerp. It was built between 1352 and 1521 and took a long time to finish the different parts of the church. The church was renovated a number of times due to damages. The cathedral also houses famous paintings, the most notable ones being Descent from the Cross (1612), Elevation of the Cross (1610) and the Resurrection Triptych (1612), by Rubens. The church also has 34 large stained glass windows that look marvelous.
Steen Castle and Fortress
The oldest building in Antwerp, the Steen Castle and the fortress is a popular place to see. The name comes from the fact that Steen is Dutch for stone. It was one of the first buildings that were constructed in stone in Antwerp. The fortress was altered and renovated several times in history and it also served a prison from 1549 - 1823. It now houses the National Maritime Museum and also exhibits several vessels out in the open within the premises. 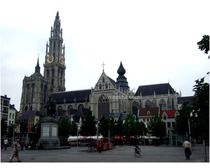 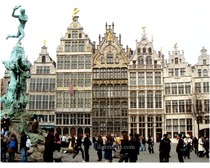