Copenhagen, the capital of Denmark, offers numerous tourist places that you can see on a tour. Check out the attractions of the city as well as the things to do in Copenhagen.

Things To Do In Copenhagen 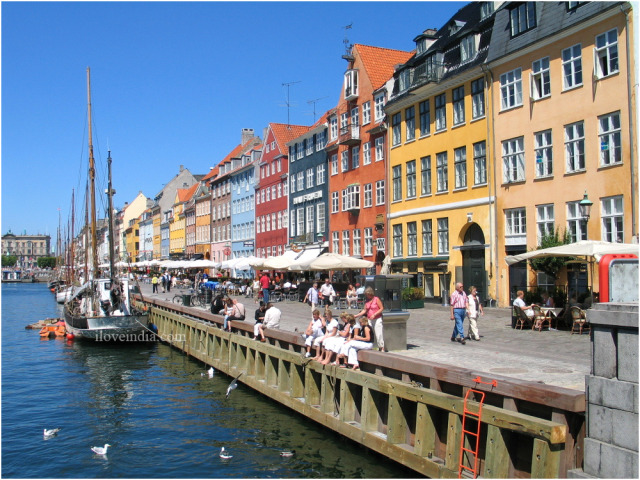 Languages: Danish, English, German
Best Time to Visit: April to October
Time Zone: UTC+1
Driving Side: Right Side
Main Attractions: The National Museum, The National Gallery, Little Mermaid, Amalienborg Palace, Round Tour, Canal Tours, Tivoli Gardens, etc
Copenhagen is the capital as well as the largest city of Denmark. Situated on the Zealand and Amager Islands, it stands separated from Malmö, Sweden by the Øresund. One of the leading cities in the world today, Copenhagen was rated as second in the ‘Top 20 Most Livable Cities Chart’, prepared by ‘Monocle’ magazine, in 2007. Apart from that, it has also been named as the GaWC Cultural World City. The city has been featuring on the list of the top tourist destinations of the world, since quite sometime. The tourists coming here love to explore its 17th century canals and spectacular modernist architecture. In case you want to learn about the things to do in Copenhagen, make use of the information given below.

Places to See in Copenhagen

Museums and Galleries
For those interested in art and history, the galleries and museums of Copenhagen serve as the perfect tourist attractions. The National Museum, situated in an 18th century building, is the largest museum in the city and serves as a repository of its rich past. The Viking Ship Museum houses five Viking ships, rescued in the year 1962. You can also see a number of other Nordic boats here. The art lover should move to ‘The National Gallery’, featuring 700 years of Western art and cultural history. Another muse-see is ‘Ripley’s Believe it or Not Museum’, with a diverse compilation of unusual artifacts, from across the world.
Monuments
Copenhagen promises to show its visitors lots of architectural beauty. While ‘The Little Mermaid’ statue attracts children and adults alike, Amalienborg Palace is a stunning piece of Rococo architecture. If an aerial view of the entire city is what thrills you, proceed to Round Tower. It also comprises of an astronomical observatory, a student's church and a university library. Want to see the fairy tales come alive? Check out the Kronborg Castle, situated on the sea in Elsinore (Helsingør). The sea forts of Copenhagen, comprising of Middelgrundsfortet, Flakfortet and Trekroner, are also worth a visit.
Canal Tours and Natural Beauty
If you are planning to visit Copenhagen, make sure to go on its canal tours. It usually takes around 60 minutes for a complete tour and you are brought forth all parts of the old city and also pass many of the most famous sights of the city. If you want to commune with nature, visit Christiana, known as the ‘Freetown’. As you get tired of strolling along the channels, enjoy a cup of coffee at the cafes along the waterfront. At Dyrehaven, one of the most splendid natural areas in Denmark, get close to deer and visit Bakken, the world's oldest amusement park. The artificial lakes of the city are best for those looking for some peace & quite.
Shopping
Shoppers will not go back from Copenhagen disappointed. Strøget, the most popular shopping area in the city, has been based on Europe's longest pedestrian shopping street. Right from designer clothes to accessories to reasonably-priced shoes, you can get anything and everything here. If your shopping bout has still not come to an end, Nørrebro is the place where you should head. Apart from housing some of the best shops, the places also boasts of many cafés, restaurants and places to hang out at.
Entertainment
Copenhagen has everything to keep you entertained, right from amusement parks and restaurants to cafes and bars. Vesterbro, the former red light district, has been completely revamped and today, it houses numerous cafes, restaurants, cocktail bars and nightclubs. Tivoli Gardens, an amusement park found in 1843, is a must for people looking for some fun. Apart from rides, it has a wealth of high-class restaurants and stages for music & theatre. Copenhagen Opera House, opened in 2005, is for those who have a penchant for performing arts. The house also provides amazing views of the Amalienborg Palace. 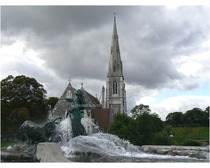 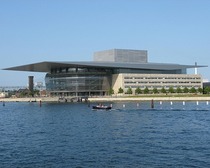