Shahid Kapoor is one of the most promising Bollywood actors of the 21st century. Through this biography, get info on the childhood and profile of Shahid Kapur. 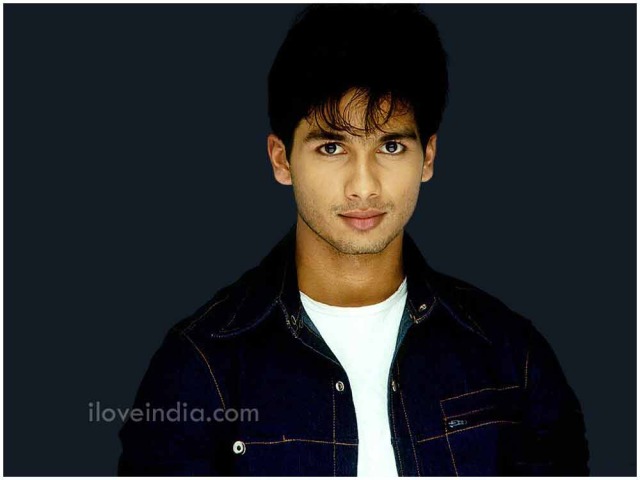 Born in: Mumbai, India
Nationality: Indian
Career: Actor
Shahid Kapoor is amongst the latest class of actors that have made an entry in Hindi film industry. The actor made his debut in the year 2003, with the movie ‘Ishq Vishk’. Since winning the Filmfare Male Best Debut Award for the same, he continues to be a part of many other successful ventures. Shahid’s professional life has been in the news as much as his personal life. His long affair; and the subsequent break up, with actress Kareena Kapoor has been covered in tabloids thousand times over. A thorough professional, he prefers to remain tightlipped and let his work speak for him.
Childhood and Early Life
Shahid Kapoor was born on 25th February 1981, in Mumbai, Maharashtra. He is the son of Pankaj Kapoor, an actor, and Neelima Azeem, an actress and classical dancer. His parents went through a divorce when he was hardly three years old and sometime later; his father got married to Supriya Pathak, an actress. Following the divorce, Neelima shifted to Delhi, with her father, and Shahid started living with her. However, he shares a good relationship with his father and stepmother.
Early Career
Shahid Kapoor started his career in the entertainment industry by being a part of numerous music videos and advertisements. Amongst his most popular ads is the Pepsi commercial with Shahrukh Khan, Kajol and Rani Mukherji, which came after the movie ‘Kuch Kuch Hota Hai’ (1998). Around this time only, he joined Shiamak Davar Institute for the Performing Arts (SDIPA). In 1999, he was seen in Subhash Ghai's film ‘Taal’, as a background dancer in the song ‘Kahiin Aag Lage Lag Jawe’.
Entry in Films
Shahid Kapoor made his debut in Bollywood with Ken Ghosh's movie ‘Ishq Vishq’. The film turned out to be a moderate success and he ended up getting Filmfare Male Best Debut Award. The following year, he was seen in two movies - ‘Fida’ and ‘Dil Maange More’. While the second one faired poorly at the box office, the first one garnered critical acclaim, especially for Shahid. The year 2005 saw him being a part of ‘Deewane Huye Pagal’, ‘Vaah! Life Ho To Aisi’ and ‘Shikhar’. All the 2005 films of Shahid failed to create any magic at the box office.
Nevertheless, he continued to woo the audience with his boyish charm and also gained critical acclaimed for ‘Shikhar’. The year 2006 brought new hope for Shahid, when the multi-starrer, ‘36 China Town’, in which Shahid and Kareena were the main leads, garnered good reviews and money. It was followed by Priyadarshan's comedy flick ‘Chup Chup Ke’, which was moderately successful. His final release of the year - Sooraj R. Barjatya's ‘Vivah’ became one of the highest grossing films of the year. He was also applauded for his sensitive portrayal of the character ‘Prem’, the main lead in the film.
‘Vivah’ won Shahid a nomination for Best Actor at the Star Screen Awards. It was in 2006 only that he went on his first world tour, ‘Rockstars Concert’, along with Salman Khan, Kareena Kapoor, John Abraham, Esha Deol, Mallika Sherawat and Zayed Khan. In 2007, he was seen in Ahmed Khan's ‘Fool and Final’, which failed at the box office. Next came Imtiaz Ali's ‘Jab We Met’, opposite Kareena Kapoor. It went on to become one of the biggest hits of not only his career, but of that particular year. Shahid also received nomination for Filmfare Best Actor Award. His last film was Aziz Mirza's ‘Kismat Konnection’, a moderate success.
Personal Life
Shahid Kapoor has two siblings, a sister named Sana and a brother named Ishaan Kapoor. Ishaan was seen acting alongside Shahid, in the movie ‘Vivaah’. Anwar Azeem, a renowned Marxist journalist and author from Bihar, was his maternal grandfather. Shahid was involved with actress Kareena Kapoor for somewhere around four and a half years. However, the relationship could not continue forever and the couple had a breakup in 2007. Since then, Shahid has been linked with a number of females, including Vidya Balan and Sania Mirza.
Awards
2004 - Filmfare Best Male Debut Award - Ishq Vishk
2004 - Star Screen Award for Most Promising Newcomer - Male - Ishq Vishk
2004 - Zee Cine Award for Best Male Debut - Ishq Vishk
2004 - IIFA Awards, Best Male Debut - Ishq Vishk
2004 - Stardust Superstar of Tomorrow - Male - Ishq Vishk
2004 - Sansui Awards, Best Male Debut - Ishq Vishk
2005 - Blistex Awards, Best Lips - Male
2007 - Sports World Awards, Jodi of the Year (along with Amrita Rao) - Vivah
2008 - Annual Central European Bollywood Awards, Best Couple (along with Kareena Kapoor) - Jab We Met
2008 - Stardust Awards, Editor's Choice Award for Best Actor - Jab We Met
Filmography
1999 - Taal (Background dancer)
2003 - Ishq Vishk
2004 - Fida, Dil Maange More
2005 - Deewane Huye Pagal, Vaah! Life Ho To Aisi, Shikhar
2006 - 36 China Town, Chup Chup Ke, Vivah
2007 - Fool and Final, Jab We Met
2008 - Kismat Konnection 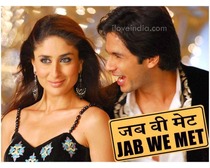